Overview and amenities for Lyon Park 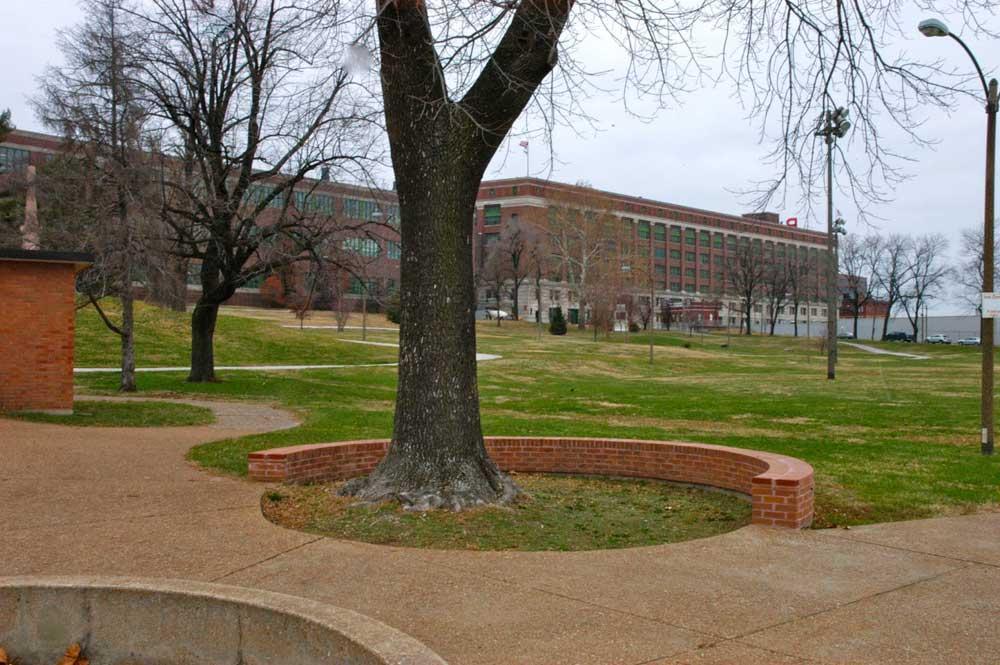 In the shadow of the Anheuser-Busch InBev brewery, the park is located between Broadway, Arsenal, 2nd Street and Utah in the Kosciusko Neighborhood.

The park is named after the ardent Unionist Brigadier-General Nathaniel Lyon who fortified the St. Louis Arsenal, now the sight of the U.S. mapping facility.

Lyon Park was established in 1869 by an Act of Congress which granted an eleven acre section of the St. Louis Arsenal grounds to the city of St. Louis on the condition that the city erect a monument to Brigadier-General Nathaniel Lyon.

The Lyon Monument was dedicated on September 13, 1874 and consists of a 28 foot tall obelisk of Missouri granite. The monument is located in the center of the trapezoidal shaped park.

Walk up to the northwest corner of the park (near the intersection of Broadway and Arsenal) to see the statue of Nathaniel Lyon on horseback and an interpretive sign describing the role played by the St. Louis Arsenal in 1861. Originally located at the corner of Grand and Pine, this statue was moved to its current location in the 1930s.Move out from the trees to get a clear look down the hill at the Arsenal complex. Imagine how it was in the morning of May 10th, 1861, when close to 7,000 newly mustered Federal volunteers marched out of the St. Louis Arsenal on their way to Camp Jackson.

Unfortunately, there is no access to the Arsenal grounds for it is being used as an active United State Air Force facility. Some of the original buildings still exist.