Overview and amenities for Strodtman Park 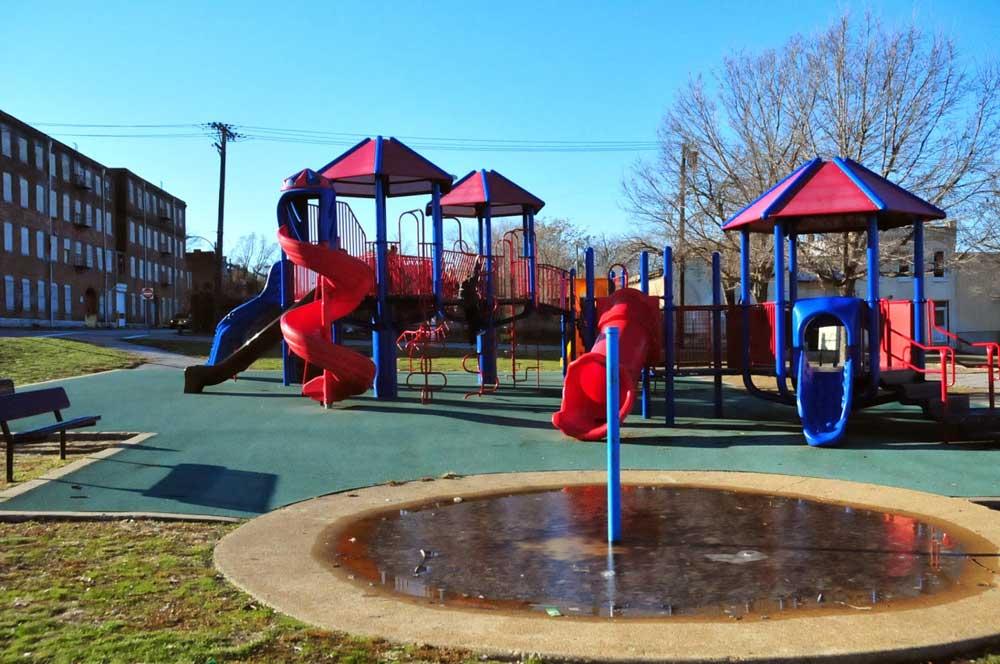 From the Missouri History Museum:

Providing more playgrounds for children in working-class areas of the city was one of the highest priorities for middle-class reformers in the early part of the twentieth century. Clean and wholesome playgrounds, where children were placed under professional adult supervision, were deemed a far superior alternative to the crowded and dangerous city streets. Playgrounds were seen as especially critical for neighborhoods like this one because the children of immigrants were thought to be especially vulnerable to the immoral influences of the unsupervised streets. This particular park was donated to the city by George W. Strodtman, a prominent North St. Louis businessman, in 1924. The park was named in memory of his wife Genevieve. For many years, the Grace Hill Settlement House sponsored softball leagues and day camps at the park. A Strodtman Park newsletter informed children and adults about ongoing programs and events.