Overview and amenities for Tandy Park 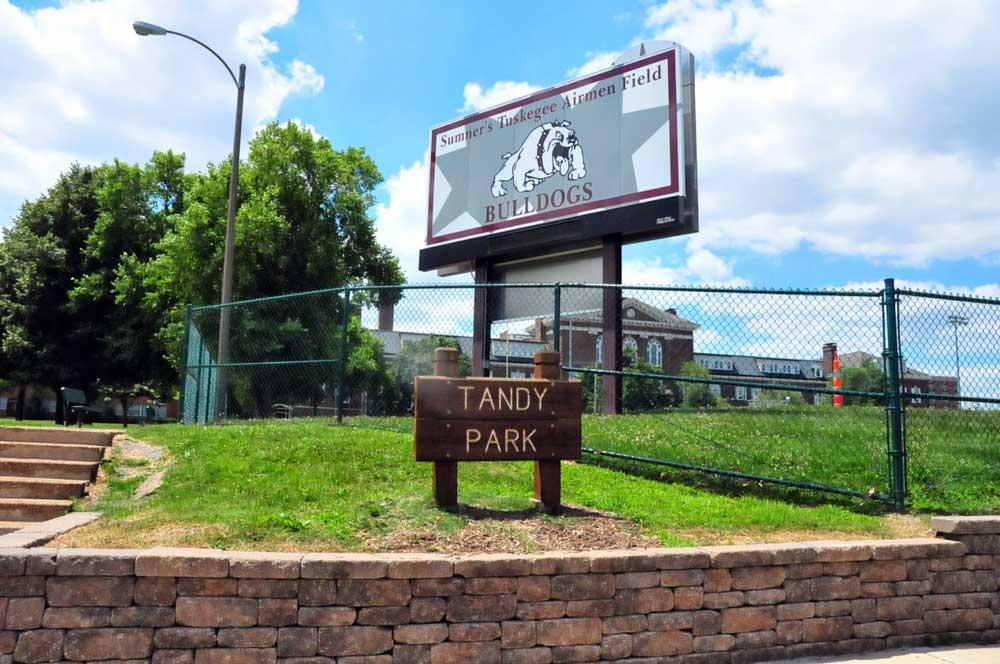 The park is named in honor of Captain Charlton H. Tandy who was a Civil War military figure and a pioneer in the black education effort in Missouri.

Per the State Historical Society of Missouri, Tandy was born a free black man in Kentucky and went on to great things, serving in the Missouri Militia during the Civil War and a respected member of the Republican Party and civil rights activist.

The Park is a nice combination of Sumner sports fields including the Tuskegee Airman Football Field (surrounded by a nice track), Arthur Ashe Tennis Courts.

The park itself also has basketball courts, a skating rink, a playground.

The park is home to the Tandy Recreation Center which was built in 1937/1938 and is on the National Register of Historic Places, just like Homer G. Phillips across the street. It is operational to this day hosting tennis, boxing, zoomba, etc. for the community.