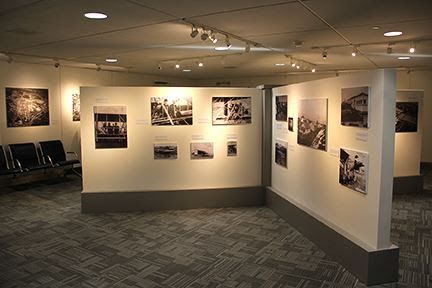 ST. LOUIS - The founding roots of America’s modern day aviation industry can be traced through St. Louis and Lambert - St. Louis International Airport. That amazing history is documented in a new book published by the Missouri History Museum Press, The Aerial Crossroads of America: St. Louis’s Lambert Airport, by author Daniel L. Rust.With the release of that book this week, Lambert and the Missouri History Museum have opened a companion exhibition by the same name in The Lambert Gallery in the Bag Claim of Terminal 1.

Everything that has taken place on the airport’s footprint — from Lindbergh to American Airlines, jet airliners to space travel — constitutes a microcosm of the triumphs and tragedies of winged flight in America. The Aerial Crossroads of America chronicles the transformation of the patch of farmland leased by Albert Bond Lambert in 1920 into the sprawling international airport it is today. The book and the exhibition tell the story of Lambert but also the history of what it means to take flight in America.

The Aerial Crossroads of Americafeatures 53 large-scale reproduction photographs featured and referenced in the new book. The photos span nearly 100 years and were curated from the archives of the Missouri History Museum, Lambert Airport, The Greater St. Louis Air and Space Museum and the personal collections of Alan Hoffman and author Daniel Rust.

“The exhibition is a visual timeline of great moments and milestones of Lambert that reminds all of us about the great heritage this airport has in American aviation history,” said Rust.

The exhibition follows the book’s timeline, first highlighting Albert Bond Lambert’s pioneering efforts to promote air travel in the Midwest. The exhibition also covers the 1923 Air Races, Charles Lindbergh and his Spirit of St. Louis, the U.S. Air Mail Service, the birth of American Airlines, military aviation, the rise of the aircraft manufacturing industry, the development of air traffic control, regulation and deregulation, and the transformation of Lambert after the demise of TWA and 9/11.

The Aerial Crossroads of America will run through November 2017 in the Lambert Gallery, near the Concourse C exit in Terminal 1 Bag Claim. The exhibition is sponsored by the Lambert Art & Culture Program, which celebrates the artistic, creative, cultural and historical resources of the St. Louis region through art and exhibitions at the airport.

The Aerial Crossroads of America book is on sale at Lambert’s Hudson news and gift stores, the Missouri History Museum Shop or online where books are sold. The book is distributed by University of Chicago Press. 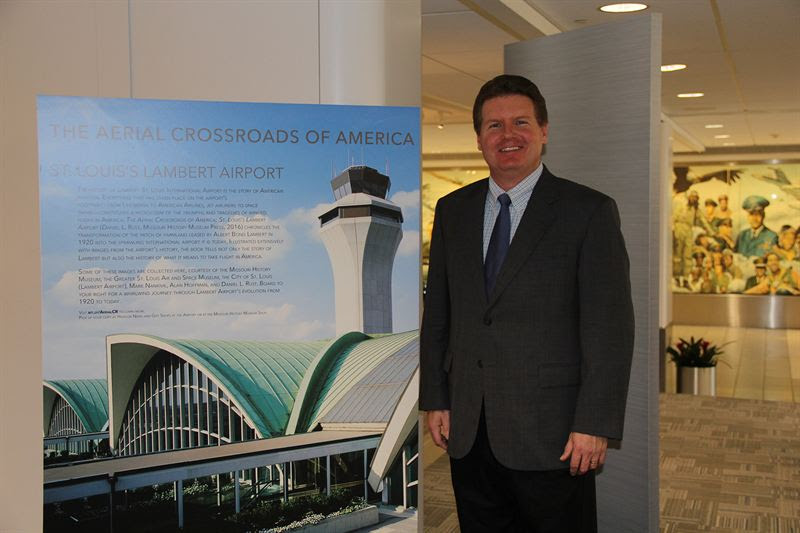