Southwest Airlines Expands at Lambert Ahead of More New Flights 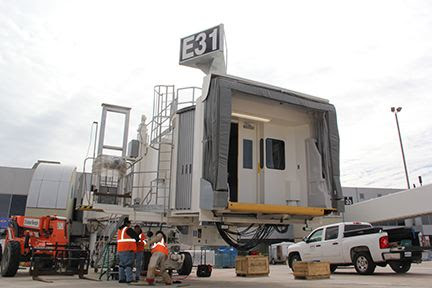 Southwest Airlines is expanding its terminal operations at Lambert-St. Louis International Airport with the addition of two new gates in Terminal 2. The airline will begin using Gates E31 and E33 this week, which will expand its full time gate use at Lambert to a total of 13. The expansion comes with the addition of several new daily flights including service to two new non-stop destinations. Beginning April 12, Southwest will provide two daily round trips to both Des Moines, IA (DSM) and Wichita, KS (ICT). On that same day, the airline will also begin year- round service to Seattle, WA (SEA), an upgrade from seasonal service in the summer in past years. The airline is also adding additional flights to Tulsa, OK (TUL) and Minneapolis-St. Paul, MN (MSP) this week.

In the last few weeks, the airline has installed two new jetways, new carpeting, new podiums and new counters at its new gates in advance of the new service. Improvements to the western gates of the terminal (E29-E33) also include refreshed finishes in the main corridor and restrooms. Later this month, a new retail kiosk and a bar with grab n’ go food items will also be installed across from the newly renovated gates to accommodate the growth in passengers to that area of the terminal. Southwest will begin operating at least 12 flights a day from E31 and E33 gates.

“This is a major investment in Terminal 2 by Southwest geared to accommodate its number of nonstop flights from St. Louis,” said Airport Director Rhonda Hamm-Niebruegge. “The Airport has partnered with Southwest to facilitate this expansion and help bring new amenities and services for our passengers as these new gates come online.”

The expansion and improvements will also accommodate even more growth this summer when Southwest will top 100 daily flights from St. Louis beginningJune 5. On that day, Southwest will begin nonstop service to Oakland, CA (OAK), Cleveland, OH (CLE) and Portland, OR (PDX) for a total of 43 destinations. Southwest Airlines is Lambert’s largest carrier boarding 3.3 million passengers in 2015.