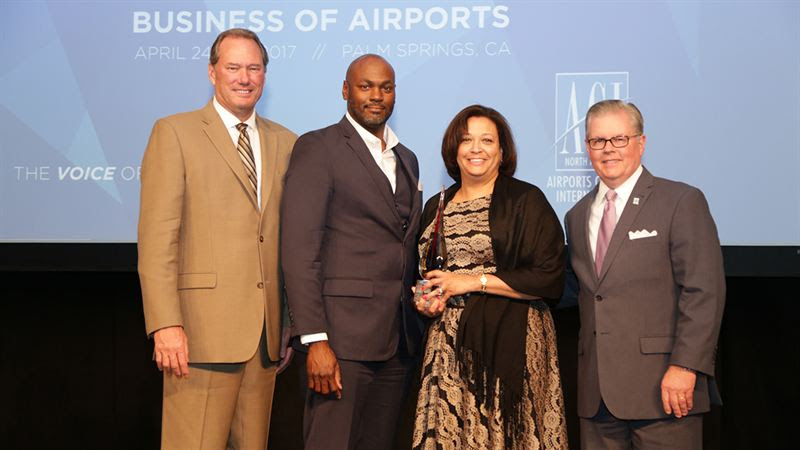 “Each year, the Inclusion Champion Awards celebrate exceptional achievement in promoting and sustaining diversity throughout the airport industry,” said Kevin M. Burke, ACI-NA President and CEO. “Airports are committed to ambitious goals that serve their local communities and strengthen the businesses that support airport operations.”

St. Louis was honored as the Medium Hub Inclusion Champion for its longstanding commitment to promoting diversity and inclusion through innovative programs and practices that are incorporated into every aspect of the airport’s overall business development model. STL has been successful in reflecting the growing multi-ethnic and cultural diversity of the region. More than 40 percent of departmental leadership staff are female or minorities. Externally, the success of STL’s programs is defined by its proven ability to nurture businesses for future growth. STL has increased the number of pre-bid opportunities and informational meetings to ensure more minority and women-owned companies participate in airport contracts.

St. Louis was also recognized last month as a winner of the Organizational Excellence Inclusion Award by the St. Louis Council of Construction Consumers (SLCCC). The Airport was honored for positive growth in minority business participation rates and its outreach efforts that included a new online certification process and a new website which have led to a dramatic increase in the number of companies the Airport certifies.