Healthy Corner Stores are Putting Life Back into Food Deserts

Over the past year, the City of St. Louis Departments of Health and Public Safety, the University of Missouri Extension, and the St. Louis Development Corporation have been working to bring healthier options to city neighborhoods through the Healthy Corner Store project. The team has been working with three stores, Regal Meat Market, Manchester Market and Shaw Market (formerly Regal Food III) and their neighbors to increase the availability of healthy food options in neighborhoods where access to grocery stores might be limited. 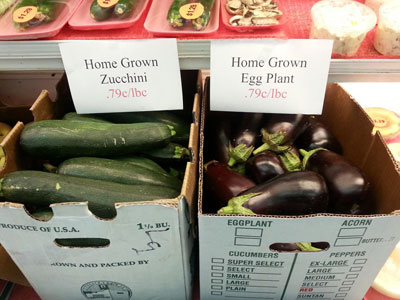 The store owners and community members have been excited about the changes thus far. Participating stores have received upgrades to facades, lighting and sidewalks to improve “curb appeal” and attract customers. Stores also received assistance to obtain coolers, displays and signage in support of their new inventory of healthy foods. All of the stores have offered tastings where customers can sample easy, healthy recipes that can be made from healthy ingredients now available in the stores. Demand has also been high for Eating Smart, Being Active classes that are being offered in all of the neighborhoods, where customers can learn about making healthy choices. There has also been a lot of interest in offering Kids in the Kitchen classes for children and Eat Well, Be Well with Diabetes classes. 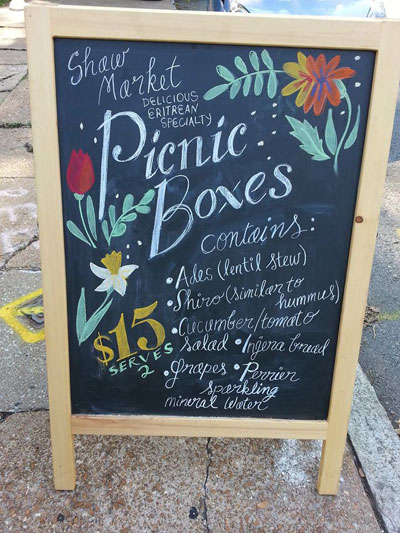 The store owners have exercised their own creativity in finding ways to generate interest in the new store offerings amongst their customers. In Walnut Park East, Regal Meat Market owner Aziz Hamed is now offering delivery service to his customers. At Shaw Market in the Shaw neighborhood, store owner Berhe Beyent has offered picnic boxes featuring Eritrean cuisine to purchase and take to the nearby Botanical Garden for their Wednesday night Whitaker Concert Series. Manchester Market and the Forest Park Southeast neighborhood have engaged children in this endeavor. The market currently displays healthy eating themed posters outside the store that were created from artwork by St. Louis Public Schools students. The neighborhood will also host a Healthy Store Kickoff Party featuring music, Zumba, a kids’ cooking competition, and other demonstrations on Saturday, September 28th from 10:00 am to 1:00 pm at the corner of Kingshighway and Manchester.

The Healthy Corner Store team has just started working with the newest store, the Minnesota Market (formerly the Penny Saver) in Benton Park West, and is looking forward to starting work in an additional 3 stores over the next year.