Our gratitude goes to local businesses that helped veterans reconnect to the civilian workforce as they returned home and adjusted to new lives.

Representatives from 10 local companies will gather for a press conference hosted by City of St. Louis Mayor Francis G. Slay on Thursday, March 6, 2014, to receive the Flag of Freedom Award. The Award was established through the Show-Me Heroes initiative, introduced by Governor Nixon in January 2010, and was designed to recognize companies that participate. Administered by the Missouri Division of Workforce Development within the Department of Economic Development, the Show-Me Heroes program has connected more than 6,000 Missouri veterans to job opportunities in the civilian marketplace, once they complete their military duties.

The event will be held at 10 a.m. in the Mayor's Office at City Hall, 1200 Market St., Room 200. The following companies will be recognized as active partners in both the Show-Me Heroes program and the ongoing effort to reintegrate our returning heroes into the civilian world:

"These St. Louis City companies have gone far beyond their call of duty; by hiring veterans they harness the skills and abilities of these dedicated men and women, and ultimately they unleash the economic potential of our community and our region," said Mayor Slay.

To date, well more than 3,000 Missouri businesses have taken the Show-Me Heroes pledge to contact, train and hire returning veterans, including more than 500 in the St. Louis area. 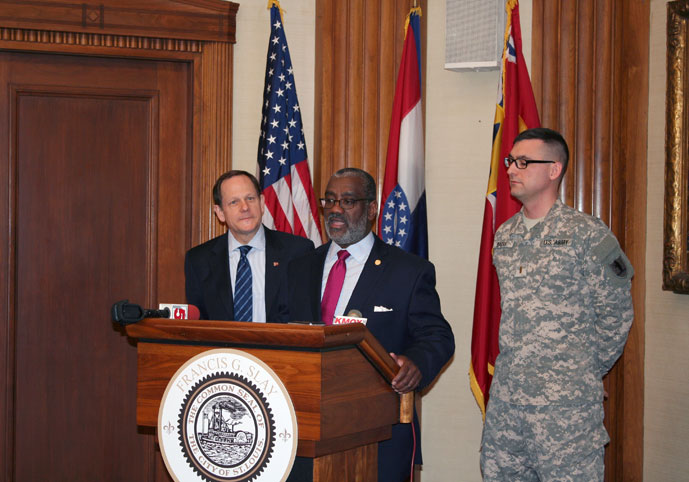