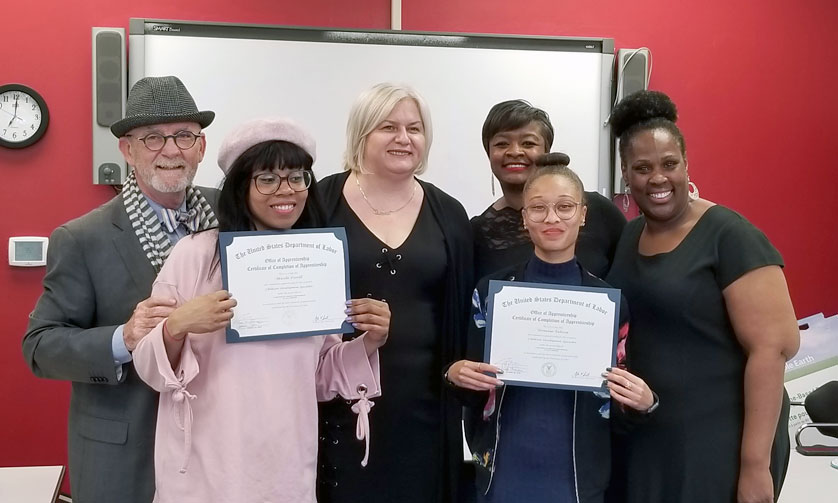 SLATE has partnered with LUME Institute’s Early Childhood Apprenticeship Program to help put unemployed and underemployed workers on career pathways to get quality, good-paying jobs educating and supporting children from underserved communities. This is the first coordinated and sustained Department of Labor-registered early childhood apprenticeship in the nation, and the only such program in Missouri and Illinois.

The apprenticeship started with 6-weeks of early childhood teacher training with participants hired as an early childhood worker. This was followed by on-the-job training at Flance Early Learning Center, where participants received a starting salary of $9.50 per hour, and earned a national professional Child Development Associates (CDA) credential.

After another 1.5 years of continuous work/training experience at Flance Early Learning Center, participants received the Department of Labor certification as a Childhood Development Specialist and a salary of $13 per hour. Additionally, nine hours in college credits are earned and can be applied towards obtaining a Bachelor's Degree in Early Childhood Education.