Will Be the First Female-Majority Owned Soccer Expansion 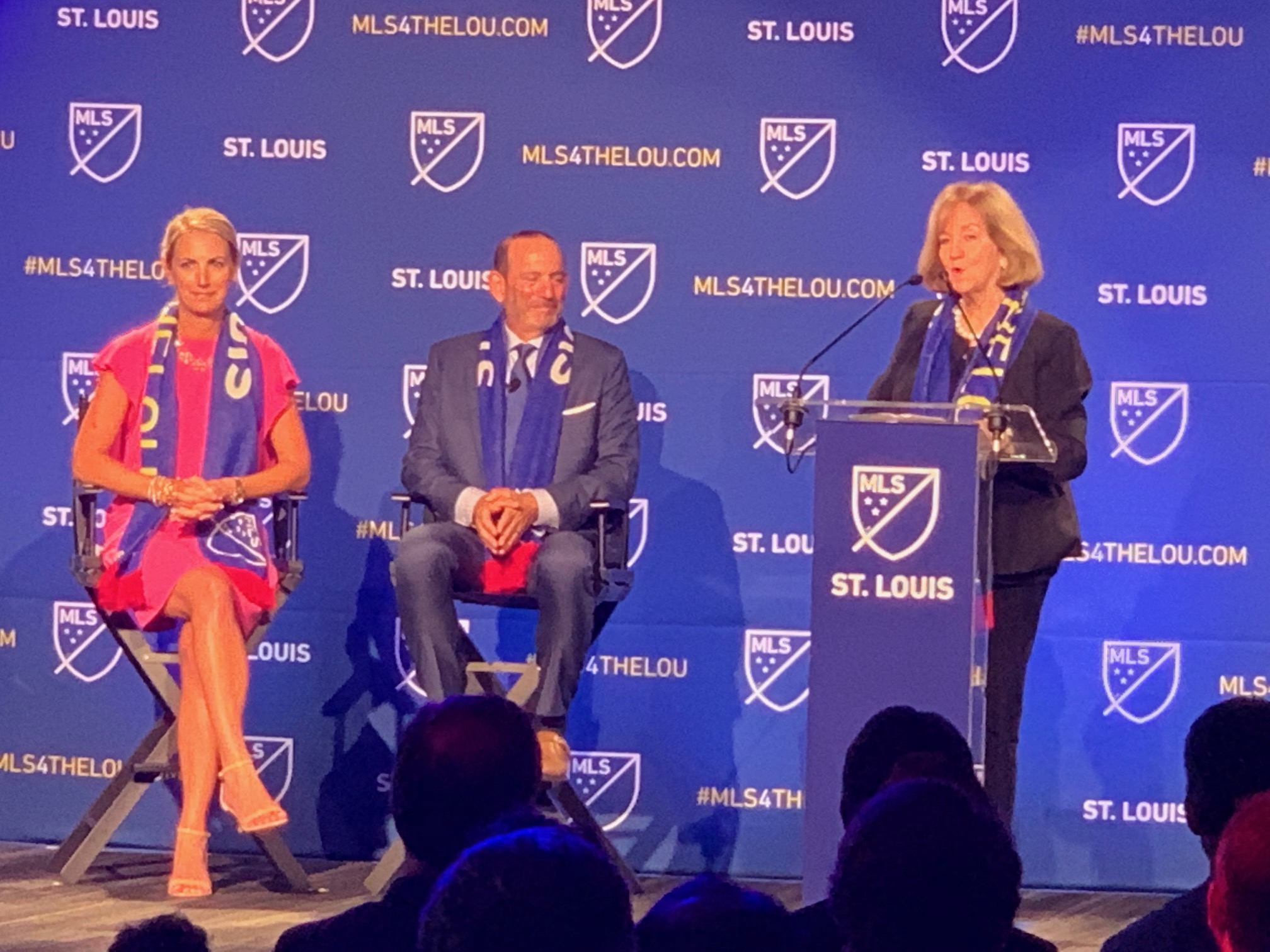 St. Louis, MO- Major League Soccer has chosen St. Louis for the site of its next expansion franchise.

St. Louis' ownership group includes Enterprise Holdings Foundation president Carolyn Kindle Betz and other female members of the Taylor family, making it the first female majority-owned team in MLS history. The investor group is rounded out by World Wide Technology CEO Jim Kavanaugh, and Enterprise Holdings executive chairman Andy Taylor. The team will begin play in 2022 and the process for selecting the team name, badge and colors will begin immediately.

Last October, Kindle Betz and other members of the Taylor Family got on board with Kavanaugh, who was part of the previous investor group. Thanks to a willingness to fund stadium construction almost entirely with private funds, and with a site located in the Downtown West district, St. Louis was placed back on the MLS radar.

The league announced in April that it had entered exclusive negotiations with St. Louis, and after a series of presentations, the last of which came three weeks ago at the MLS All-Star Game in Orlando, the decision was made to bring a new franchise to St. Louis.

"Our ownership group has come a long way since we first announced our bid last October at Mathews-Dickey Boys and Girls Club, and it's an incredible feeling to now be able to say, St. Louis is home to an MLS franchise" said Kindle Betz. "Our MLS team and stadium will only add to St. Louis' renaissance currently underway and will provide us with a great opportunity to bring together many different segments of the community, uniting people in their love for the game."

MLS Commissioner, Don Garber stated that “Talks really picked up steam under Mayor Lyda Krewson, this ownership group, along with many of the corporate leaders of St. Louis. It is amazing that we were able to accomplish this in 10-months and bring a franchise to the City of St. Louis.”

The stadium is part of a major development project, which will include mixed-use retail and restaurants. According to the ownership group, no tax increment financing (TIF) or any direct citywide tax investment will be needed to finance the stadium project. The stadium proposal specifies that only those purchasing tickets and items at the stadium will be paying any tax. The team will pay for all stadium maintenance, repair and upkeep.

The name for the team has not yet been announced, but St. Louis will have the 28th team in the league. Along with being the 28th team, the St. Louis team will also be the first female-majority owned soccer expansion as well. The team will be one of the few female led groups in all of pro-sports.

MLS commissioner Don Garber made the announcement from the Palladium Saint Louis. He was joined by leadership from the #MLS4TheLou ownership group, St. Louis Mayor, Lyda Krewson and Louis Reed, President of the Board of Alderman.