Mike Baldwin and his wife, Teka Childress, have stories much different than those who grew up in St. Louis Place during the 1950s-60s. Teka began working with St. Louis Place neighbors in 1978 when she joined the efforts of Karen House, a Catholic Worker House at 1840 Hogan Street. The following year, she moved into the neighborhood. By the time her husband moved to St. Louis from Baltimore in 1999, the neighborhood had suffered much in terms of vacancy, vandalism and deterioration. Mike worked with Downtown Teens and the Pruitt-Igoe Development Corporation. Teka and Mike share their stories about what their neighborhood looked like when they arrived and their hopes for the future of St. Louis Place

Mike and Teka's Collection of Memories 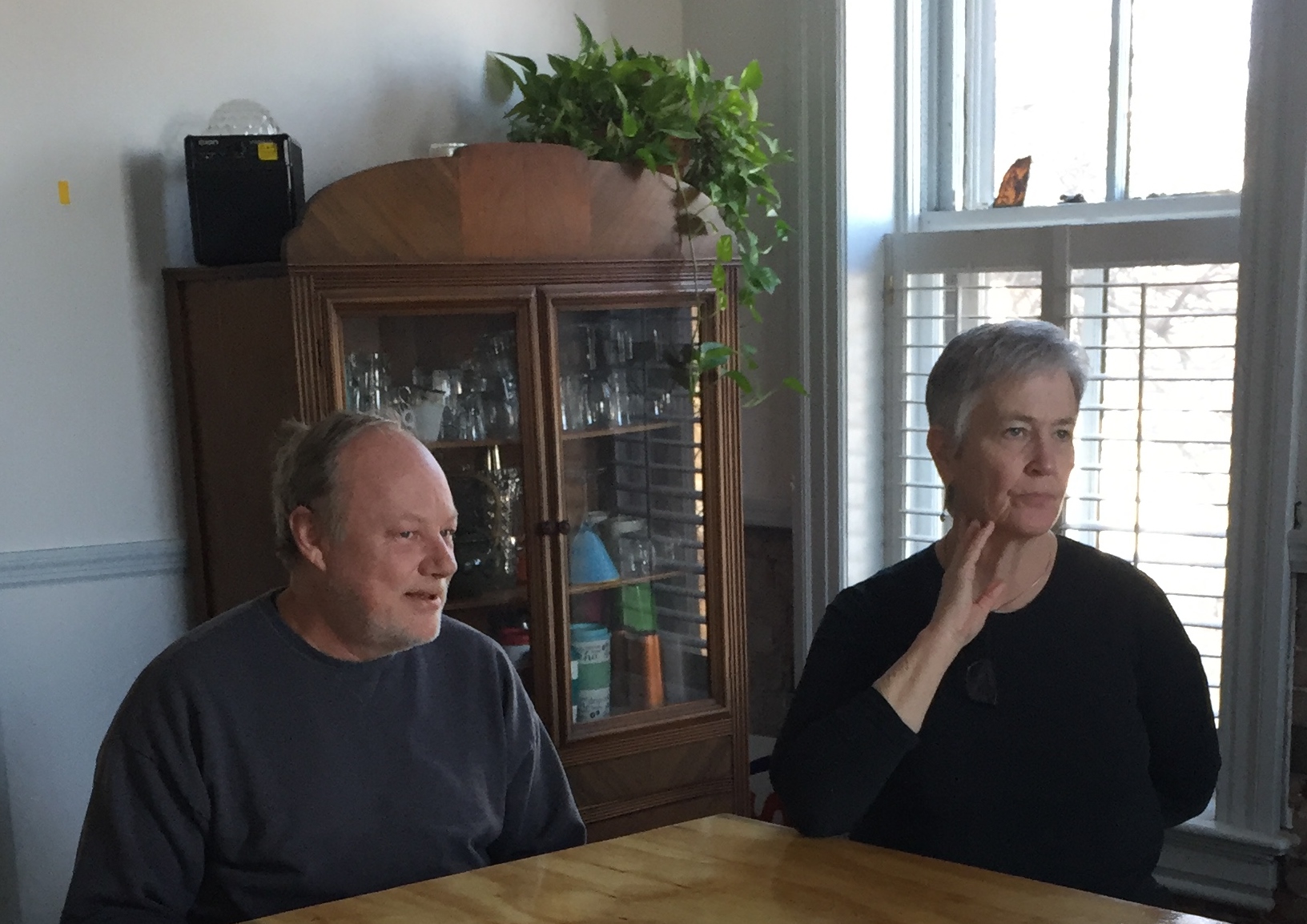 Mike Baldwin and Teka Childress during their interview.