Overview and amenities for Carondelet Park 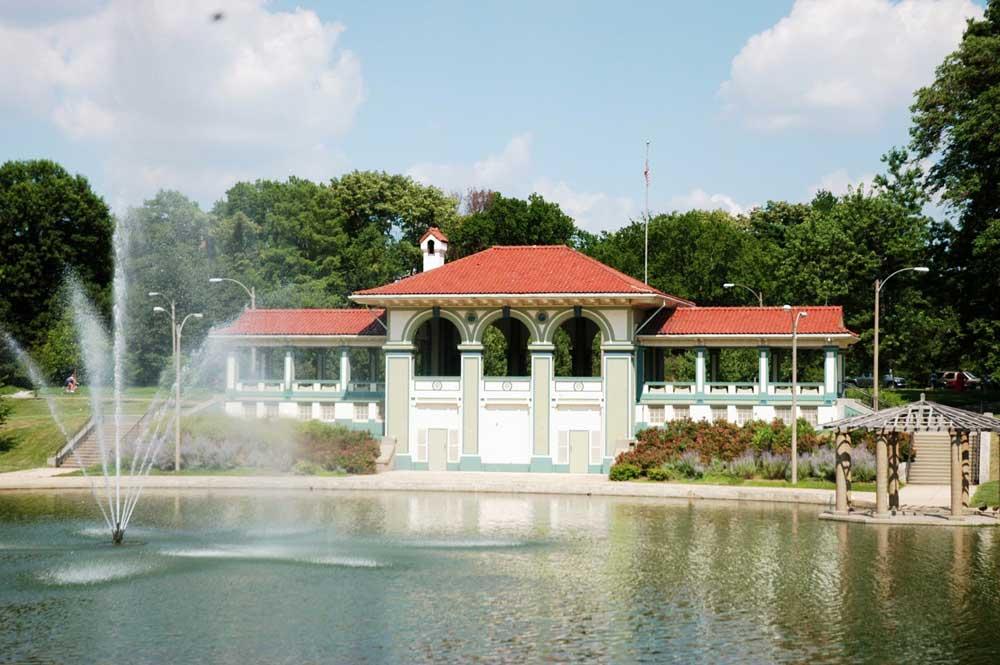 This park was established in 1875. It takes its name from the former city of Carondelet (founded 1767), now a section of south east St. Louis.

Carondelet was originally called Louisburg in honour of King Louis XV of France, and then Prairie a Catalan, after one of the settlers, Louis Catalan. Finally in 1794, it was named Carondelet in honor of Baron Francois Louis Hector de Carondelet, a Fleming appointed the Spanish governor of Louisiana.

It has bore other names as well. In its early days it was referred to as Delor's Village, and Vide Poche which means "empty pocket." Judge Wilson Primm suggested this was due to the Carondelet citizens skill at gambling. They would send their Saint Louis neighbors home with empty pockets.

The topography of the park is quite varied in that there are sinkholes, railroad tracks and bridge, hills and valleys.

The rec-center is run by the YMCA, and they do a really good job of keeping things clean, well staffed and functional. There are bike racks on both sides of the rec-center.

If you head over the bridge over the railroad tracks, to your left is a much used spot for St. Louis people from all over...the mulch pits. The city has a full blown mulch operation here and makes the mulch available to anyone willing to pick it up...for free.

Another fixture of Carondelet Park is the wood framed Lyle House:

Originally a Spanish land grant, Carondelet Park was once owned by the Lyle family, Southern sympathizers during the Civil War. Their mansion sits in the park, awaiting a use worthy of its history. Carondelet became a public park in 1875, along with O’Fallon Park, after St. Louisans in north and south St. Louis voiced their outrage over a half-day surrey ride to the proposed Forest Park.