Overview and amenities for Penrose Park 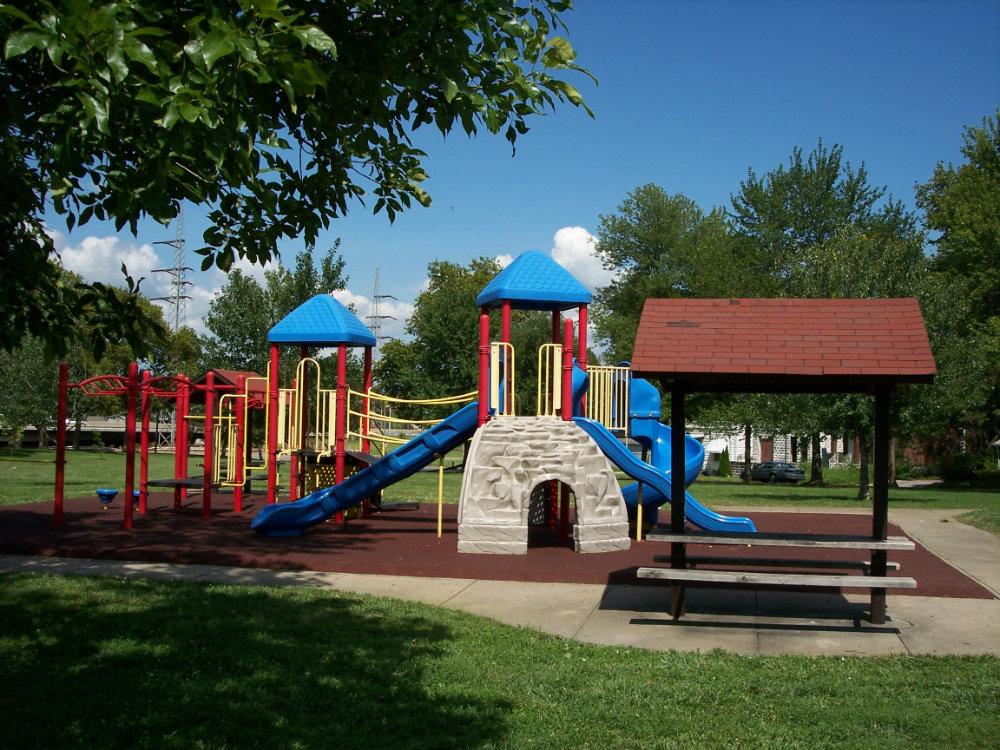 This is a beautiful park that has seen some recent investment including a jogging path with exercise equipment, trees and a really nice pavilion with BBQ grills.

This park has a great feel and is split into an east and west section by Kingshighway Blvd. NE.

The west side of the park is largely devoted to sports with basketball courts, ball fields, tennis courts (in unplayable condition) and handball courts with a nice pavilion to provide shade and comfort for players.

The park also contains a velodrome. A velodrome is a banked track used for cycling (both training and racing).

Here's some history on the track from the Penrose Park Velodrome website:

One of only 27 velodromes in the U.S., Penrose Park was built on land donated by the City of St. Louis in 1962 after the Forest Park Velodrome was dismantled to make room for Highway 40/64 on the south end of Forest Park. Designed by Olympic Cyclist and Schwinn Bicycle Designer, Frank Burlando, Penrose Park is an outdoor track measuring 1/5 mile and featuring 28 degree banking. Immediately after opening in 1962 in its current location, Penrose Park Velodrome hosted the prestigious U.S. National Track Cycling Championships. In the 1970’s, a sewer collapsed under one of the banked turns on the track. Multiple repair efforts were made with a more complete resurfacing finished in 1984 and again in 2005. The surface of Penrose Park Velodrome still retains some of blacktop bumps and undulations from its many years of use and repair, thus earning it the nickname “Mr. Bumpy Face.” The most recent resurrection of the track in 2005 was due to the organizational work of Bill Howard and the financial support of Michael Staenberg / THF Realty. There are current efforts by track supporters, participants and the City of St. Louis to rebuild the track at its existing location as an outdoor, concrete track to be completed by 2014-15.