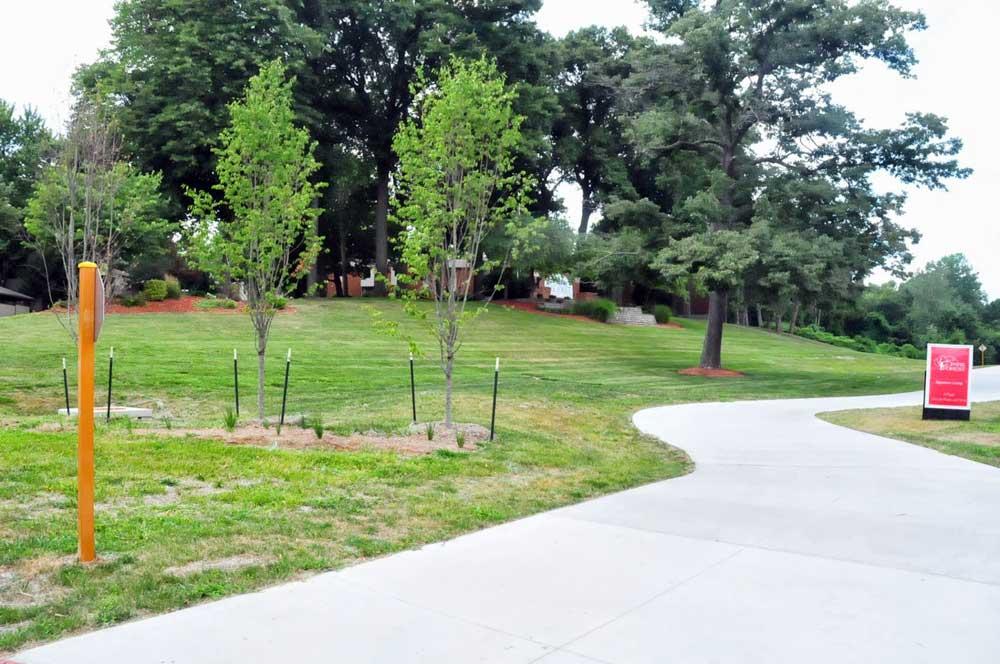 his 145 acre park was placed into ordinance in 1926 and is located just south of the Shrewsbury Metrolink stop at Landsdowne on the St. Louis City/St. Louis County border in both the St. Louis Hills and Lindenwood Park neighborhoods, extending all the way to approximately Morgan Ford Road.

This park is really a narrow strip of land along the western edge of the city as well as some islands of land in sections where River Des Peres Boulevard splits.

There is a nice little playground complete with bike racks, benches and trash cans beside a rain garden planted with bald cypress and other water loving species.

The retaining walls on a couple bridges were planted as "living walls" where perennials are planted in patterned spaces on the wall. This makes for a striking visual interest as well as having a cooling effect on the hard surface.

This park continues with the River Des Peres Extension to connect with the Christy Park Greenway.

The first phase of the River des Peres Greenway Trail opened in 2005. A second phase, Morganford to I-55 opened in the fall of 2008. And now, construction of the third phase from I-55 and Germania to Germania and Alabama is complete.