Board of Aldermen Welcomes Uganda Parliament 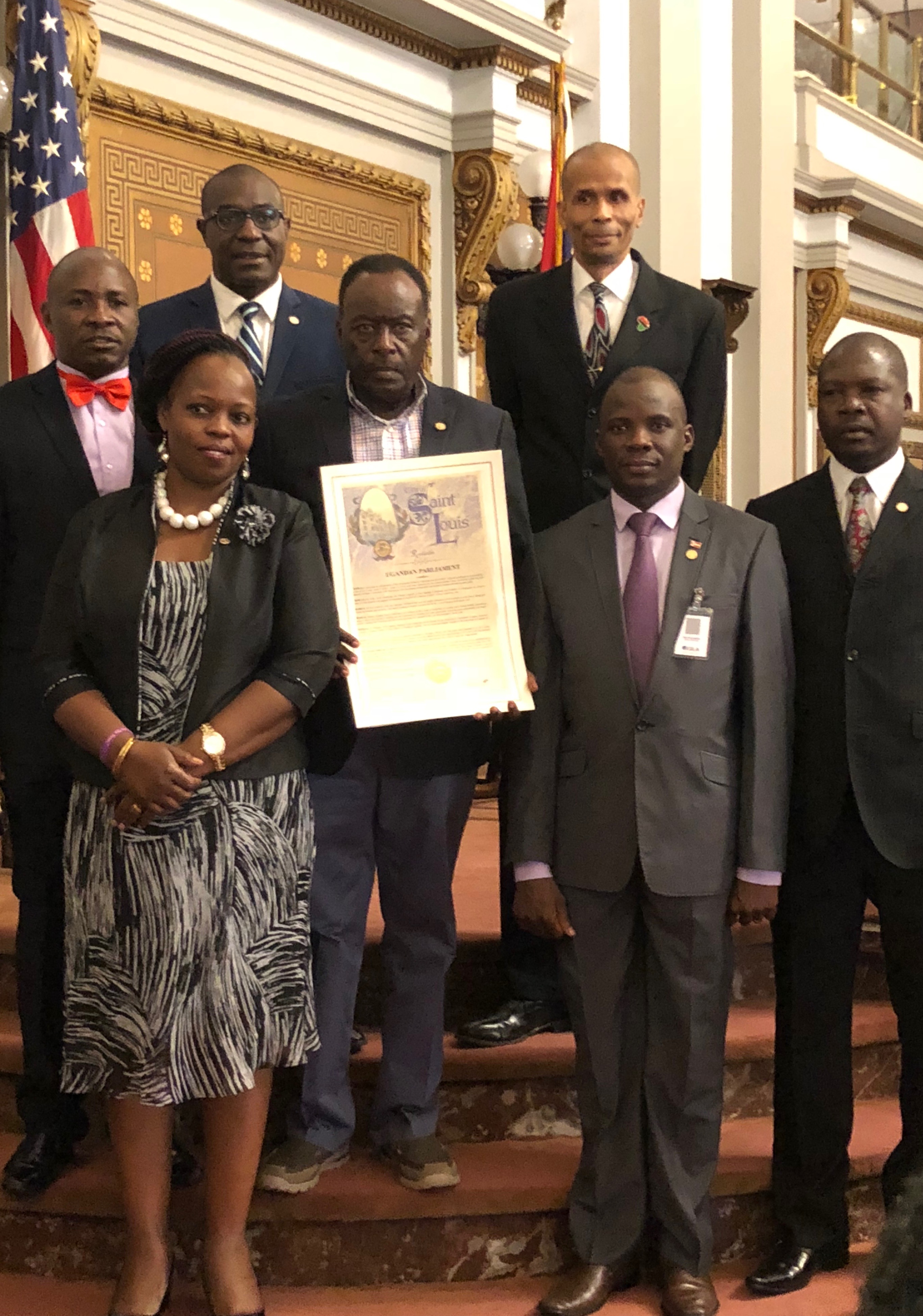 From April 12 through April 14, the City of St. Louis Board of Aldermen African-American Caucus hosted the Global Impact Leadership Alliance (GILA) at the Reset America, Reset Africa Conference at City Hall.

Founded in the City of St. Louis, GILA connects developing countries together to share resources and experiences. GILA works with various groups across three continents -  North America, Africa, and Asia.They have also expanded into Uganda, Tanzania, Kenya, and India.

At this year’s conference, members of the Uganda Parliament attended to share their resources and connect St. Louis to Uganda. Throughout the week, various members of the African-American Caucus spoke with the visitors and worked together to see how St. Louis can learn from the people of Uganda.

The three-day event culminated in the Board of Aldermen Chambers where President Lewis Reed and Aldermen Terry Kennedy, 18th ward, presented members of the Uganda Parliament with resolutions honoring their time in St. Louis. They also presented the conference leader, Empowerment of Grace Pastor Larita Rice, with a resolution recognizing the annual Reset America, Reset Africa Conference and her work in the community.

The goal of GILA is to support and connect developing countries through economic development, advocacy through legislation, and spiritual growth.