The Budget Division is responsible for the development and monitoring of the City's annual budget and operating plan.

Thank you for visiting the Budget Division’s website.  Here you will find information regarding the City budget process, current and historical budget documents and other related links.  For a better understanding of how the City of St. Louis raises revenue and how those resources are employed to provide services to our residents and visitors, please take some time to review the most recent Annual Operating Plan.

What does the Budget Division do?

View our responsibilities and activities

The approval of the budget is final step in a months-long process to approve the budget for fiscal year 2020. The budget was proposed to the Board of Estimate and Apportionment (E&A), made up of the Mayor, the Comptroller and the President of the Board of Aldermen (BOA) on April 16, 2019. E&A reviewed the budget, held hearings with departments and conducted a public hearing for citizens. The budget was then presented to the Ways and Means Committee of the BOA on May 1, 2019 after the vote out. Ways and Means conducted public hearings in May and June on each segment of the budget prior to taking any action. Ways and Means submitted a list of proposed changes to the Board of E&A for its consideration in June. After E&A approval, the proposed budget was reviewed and considered by the entire BOA. The BOA may reduce the amount of any item in a budget bill, except amounts fixed by statute or ordinance obligations. The BOA may not increase any appropriation amount nor insert new items unless specifically approved by the Board of E&A. The full BOA approved the budget and it was signed by the Mayor on June 28, 2019.

City of St. Louis’ Open Government
Learn about the transparency section, find the city budget and financial documents, and search the expenditure data.

View past events and meetings. 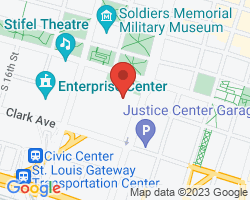