Fiscal Year 2016 (FY16) Increase Among Largest in Past Decade 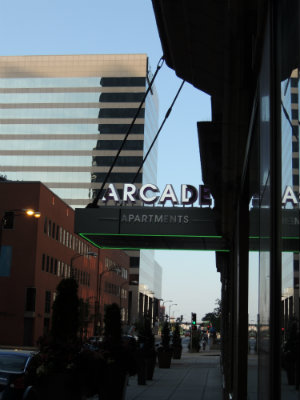 ST. LOUIS – Marking one of the highest increases in construction value from year to year, more than $1 billion worth of total added construction value has been made to neighborhoods and business districts in the City of St. Louis. The City's Building Division issued 4,929 building permits and 15,735 trades permits (mechanical, electrical, and plumbing permits) for residential and commercial construction in fiscal year 2016.

When combined with the $300 million dollar construction value from mechanical, electrical, plumbing permits, the total value of FY16 construction in the City of St. Louis topped more than $1 billion.

"The healthy, sustained construction activity we've seen for the past three years in a row matches the addition of new jobs and businesses we've welcomed to the City of St. Louis," Mayor Francis Slay said. "We expect this trend to continue next year with several major upcoming projects, including the Armory, Jefferson Arms, and the Railway Exchange, as well as residential affordable housing projects planned for North Sarah, Adams Grove and East Fox Homes, among others."

"I am very happy to see the large numbers of dollars invested in expanding and strengthening our central corridor, but equally pleased to see residents investing in their homes and neighborhoods, especially in Gravois Park and Benton Park, which both showed significant increases," Building Commissioner Frank Oswald said.

Oswald added that the Building Division also saw a surge in construction activity around the Stan Musial Veterans Memorial Bridge and the North Riverfront.

"We see evidence of strong anchors helping to foster other growth and development," Otis Williams, Executive Director of the St. Louis Development Corporation, said. "Take Cortex, for example, which has $500 million dollars worth of development inside its footprint and has leveraged an additional $500 million dollars in the way of new businesses like Whole Foods and new apartment buildings like The Standard outside of its footprint."

In FY16, the Building Division issued construction permits in each of the 28 wards of the City.