The $2 million project will cover more than 30 individual sections of road – from N. 4th St. to N. Jefferson Ave.

The City of St. Louis, in partnership with Ameren Missouri, will today begin a significant street paving project across the downtown area.

In all, the roughly $2 million project will cover more than 30 individual sections of road – from N. 4th St. to N. Jefferson Ave. A detailed map is included on the second page of this release.

“One benefit to more people staying home these days is that there are fewer people on the roads. So, we’re able to take advantage of that and the warmer weather to get started on this much needed work. I appreciate Ameren’s willingness to be involved and their investment toward improving these roads that thousands of people depend on,” said Mayor Lyda Krewson.

Ameren Missouri is contributing more than $1 million in materials to the project. Meantime, the City is spending more than $550,000 in labor and equipment, including $200,000 in ward capital funds from 7th Ward Alderman Jack Coatar, whose ward encompasses the downtown area.

“This is a smart business solution offered by the City of St. Louis that will benefit the entire community,” said Darnell Sanders, director of the Archview Division for Ameren Missouri. “Our
Smart Energy Plan upgrades require street surfaces to be patched. Partnering with the City allows us to repave an entire road surface for the same project costs.”

Weather permitting, the City of St. Louis Streets Department intends to begin working on Friday, May 1. The project will be completed in the following four phases:

The project will take approximately five weeks to complete. Crews will be provided with appropriate personal protective equipment (PPE) and will adhere to social distancing guidelines, as recommended by the CDC.

People in the downtown area should be prepared for minor traffic interruptions over the course of the project. Additionally, wherever street parking is impacted, signs will be posted at least 24 hours in advance. 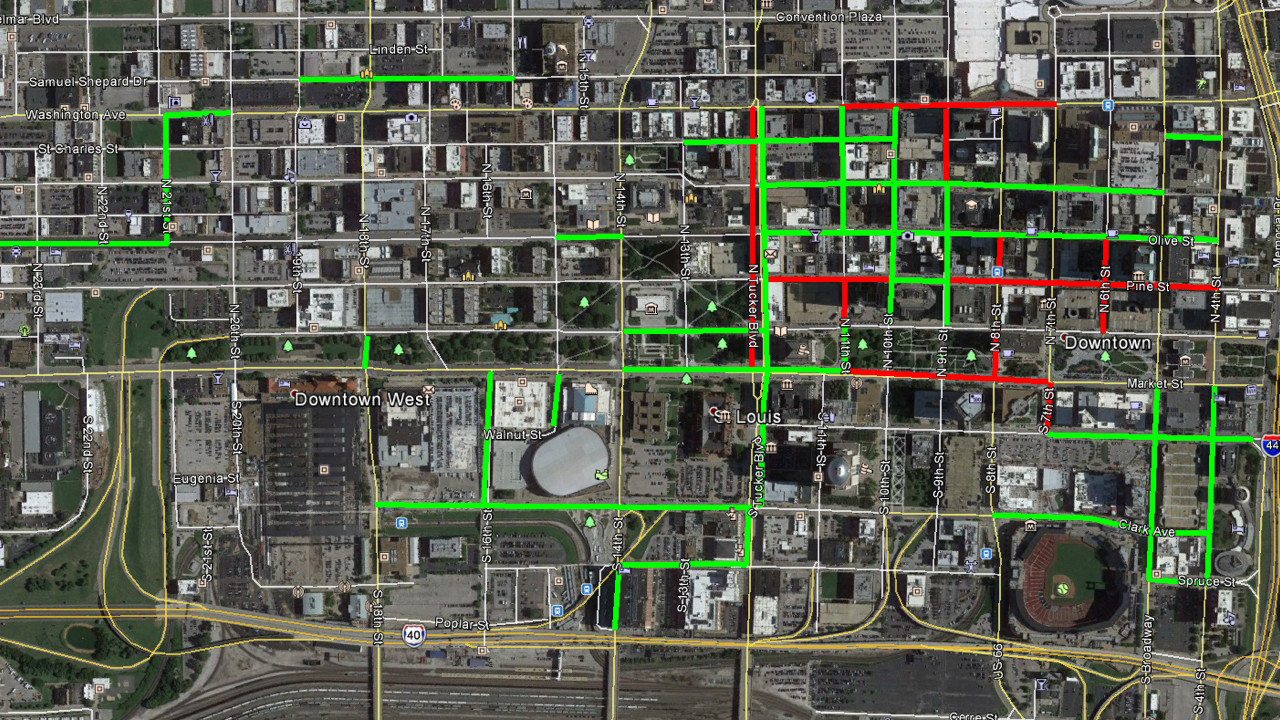