16 crosswalks throughout the neighborhood have been painted in the colors of the Italian flag, paying homage to The Hill’s Italian heritage

This week, the City of St. Louis is wrapping up its most recent traffic calming and pedestrian safety project in The Hill neighborhood. 16 crosswalks throughout the neighborhood have been painted in the colors of the Italian flag, paying homage to The Hill’s Italian heritage while providing eye-catching colorful crossings for community residents and visitors.

"The Hill is an important tax base for our city with a rich cultural history that deserves to be recognized," said Board of Aldermen President Joe Vollmer, who used ward capital funds to complete the project. "This project helps celebrate the heritage of The Hill while improving pedestrian safety in the neighborhood."

The recent project reflects the City of St. Louis’ ongoing efforts to slow down traffic and improve pedestrian safety. Last night, officials from the City’s Streets Department and Board of Public Service, as well as the Board of Aldermen, engaged with residents on new proposed plans along the North Kingshighway corridor from Lindell Blvd. to Dr. Martin Luther King Drive. Today at Brick River Cider from 11:00am-7:00pm, the St. Louis Development Corporation will be seeking input from community members on the 20th Street Mobility Improvements Project, which will reconstruct 1.6 miles of 20th Street between Market Street and St. Louis Avenue, and consist of adding a separated bicycle path that is part of the Brickline Greenway.

Pedestrian safety improvements have also recently been completed at Bates and Leona in the Holly Hills neighborhood. The City’s first Calm Streets Project along Louisiana from Meramec to Gravois is ongoing with the installation of ADA accessible ramps, crosswalks, and bump-outs. 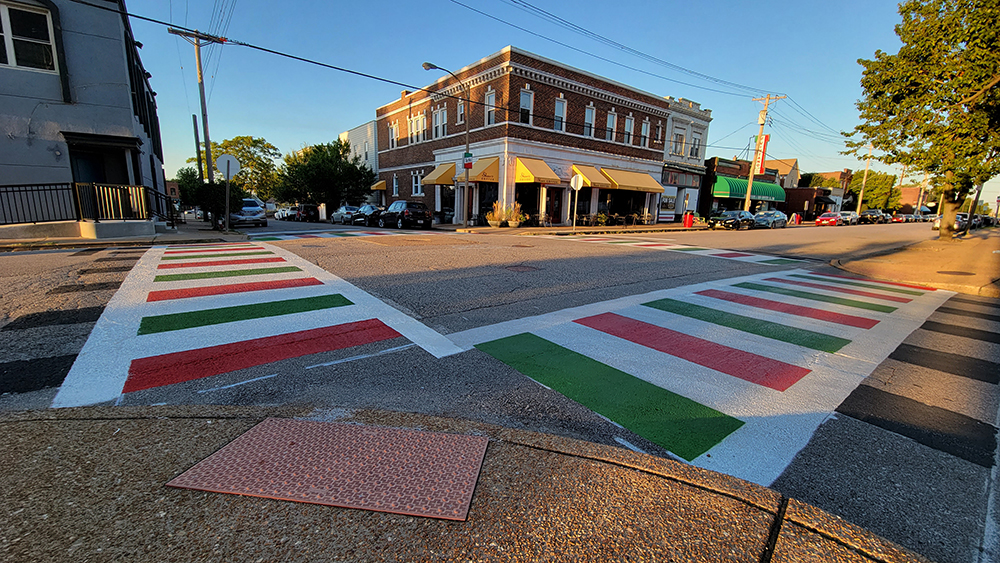