The 0.75-acre lot at 4063 Evans Ave, prior to cleanup efforts. A 2007 Phase I Environmental Site Assessment determined three historic uses on or near the site that raised environmental concerns. Historical records showed that a 1,000,000 cubic foot Laclede gasometer had occupied the area from 1909 to 1947. An auto service station operated directly on 4063 Evans from approximately 1951 to 1980. The final concern was that a Union Electric substation had been situated near the southeast portion of the site. 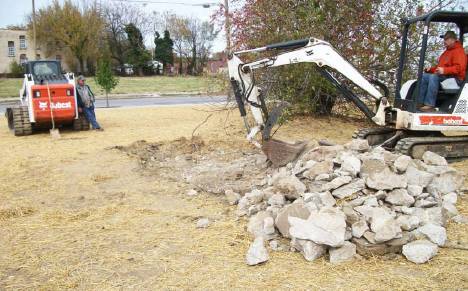 A view of the site prior to excavation. An electromagnetic survey found anomalies consistent with the presence of underground storage tanks (USTs) on the site. Environmental testing also detected the presence of various petroleum hydrocarbons, VOCs, PAHs and heavy metals in both the soil and groundwater. However, these were at levels below the Missouri Department of Natural Resources (MDNR) – Missouri Risk Based Corrective Action (MRBCA) Tier I Risk Based Target Levels (RBTLs) for residential land use (sandy soils). 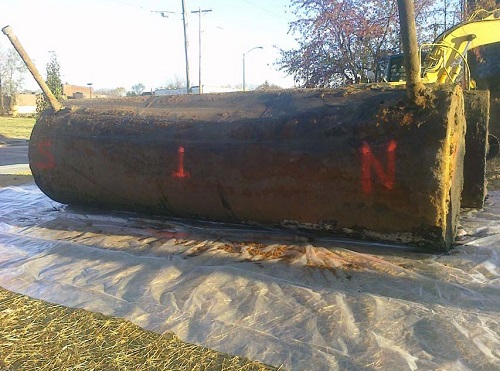 A total of three 3,000-gallon USTs were excavated and removed from the subject site. The tanks still contained hazardous materials. 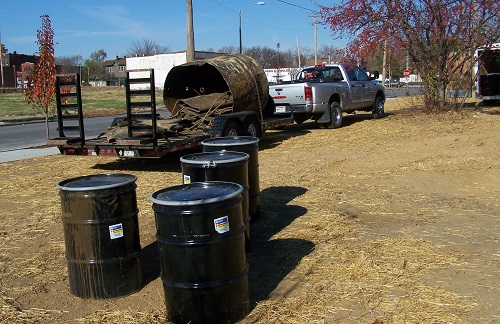 Pickups and trailers were used to take the USTs to a recycling facility. In the foreground, barrels full of sludge removed from the tanks stand ready for transportation as well. 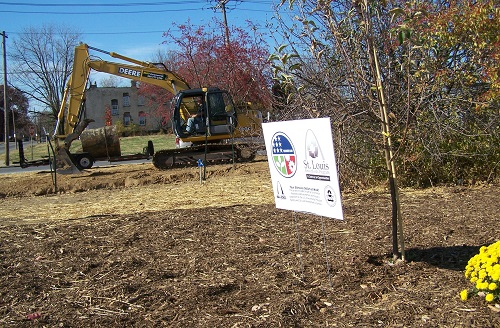 Funds from the American Recovery and Reinvestment Act of 2009 were used to remove the three USTs as well as the associated contaminated soil. 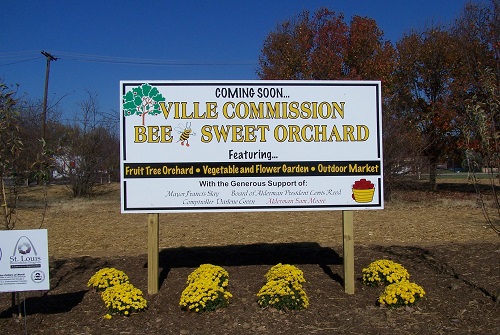 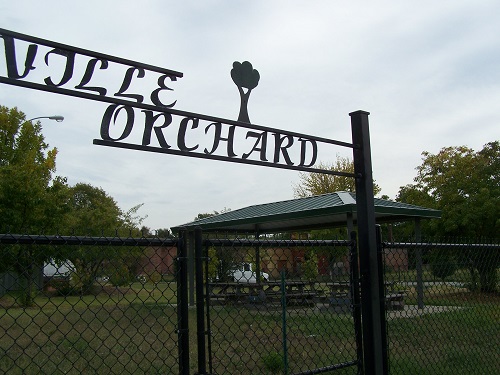 A view of the entrance to the orchard along Sarah Street. 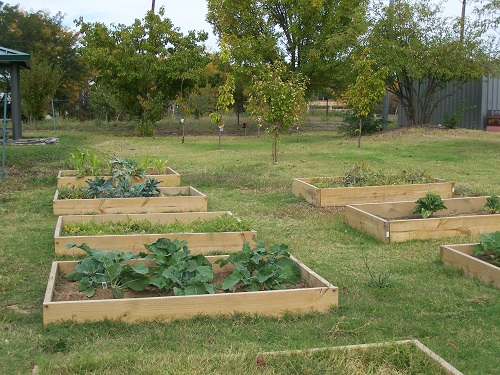 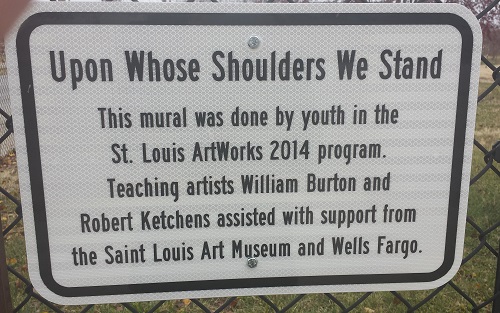 Murals were later added to Bee Sweet Orchard in 2014 by St. Louis ArtWorks, a work training program for teenagers. Apprentices in this program work together on artistic projects that can be sold at public sales or commissioned for public or private clients. 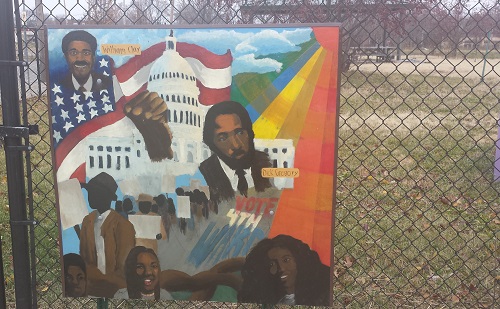 One of the murals lining the fence along Evans Ave. 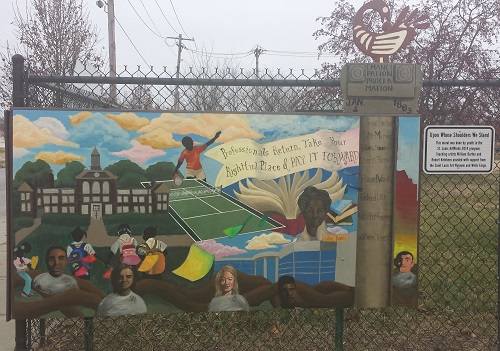 A second mural along Evans Ave. 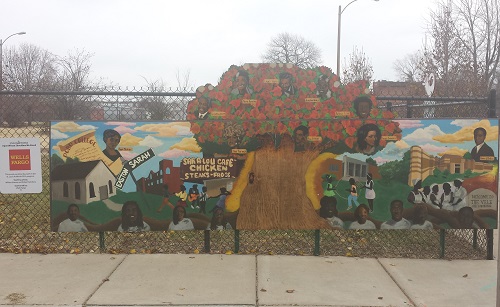 The largest mural produced by St. Louis ArtWorks, seen near the entrance along Sarah St.