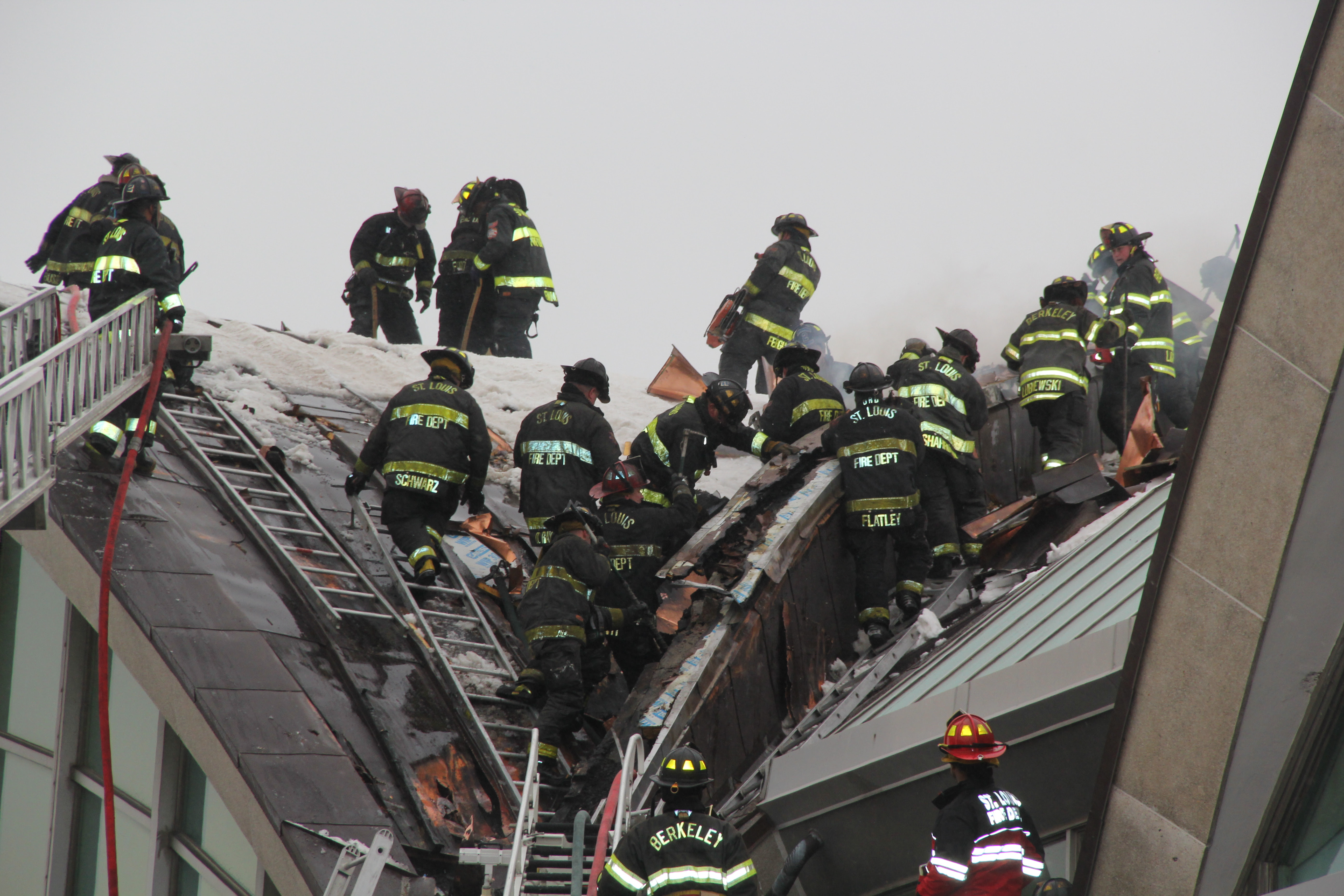 Terminal 1 at St. Louis Lambert International (STL) re-opened at 9:30 a.m. Sunday after an evacuation caused by a roof fire. The fire was isolated on the western end of the roof in Terminal 1. The evacuation lasted more than two hours.

More than 130 firefighters responded to the incident from the St. Louis City Fire Department and other agencies assisting the City’s Airport’s fire division. The firefighters extinguished the smoldering fire, which appeared to be burning through plywood and roofing insulation under the top copper layer of the Terminal 1 roof. There were no injuries. There was no fire inside the building.

“There was a tremendous and quick response from the St. Louis Fire Department and our mutual-aid agencies to quickly isolate, contain and put out the fire to minimize the damage and determine the terminal was safe to re-open,” said STL Director Rhonda Hamm-Niebruegge. “We know this was a difficult fire to attack. They were operating on a sloped, copper roof, with snow.”

Firefighters had to cut into the copper roof on the airfield side of the domed roof to isolate the danger zone and extinguish the fire. The cause of the fire is under investigation.

Airlines are working with their customers to check-in for their original flights or other flights if necessary.