2018 Charity Drive for the Assessor's Office

Every year, the City of St. Louis Assessor’s Office employees donate $1 or $2 to be able to dress down on Fridays with the proceeds going to local charities. With over 60 employees, those donations add up week after week, and this year amounted to $2000.

The Assessor’s Office Charity Committee seeks out and reviews local charities as potential recipients. The committee puts forward several charities and then the assessor office employees receive a ballot to vote for four winning recipients. In 2018 , three recipients received a $500 donation and there was a tie for fourth/fifth who both received $250 donations.

Once a charity has won, it must sit out two years before being considered again, so that year after year, the charity dollars get spread as wide as possible across the community.

This year the assessor’s office donated $500 each to the following charities:

The employees of the assessor’s office are honored and grateful for the ability to give back to the community. 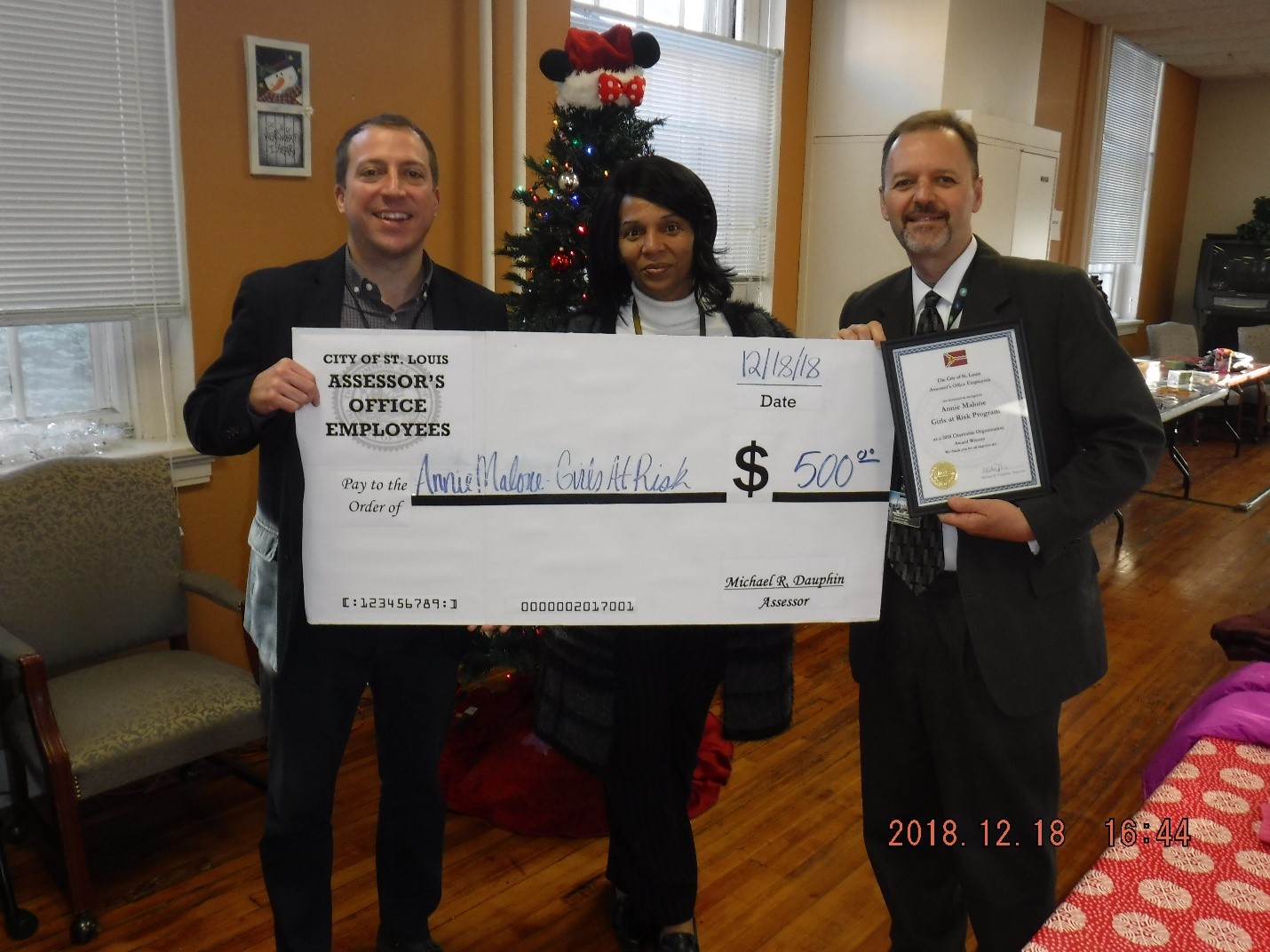 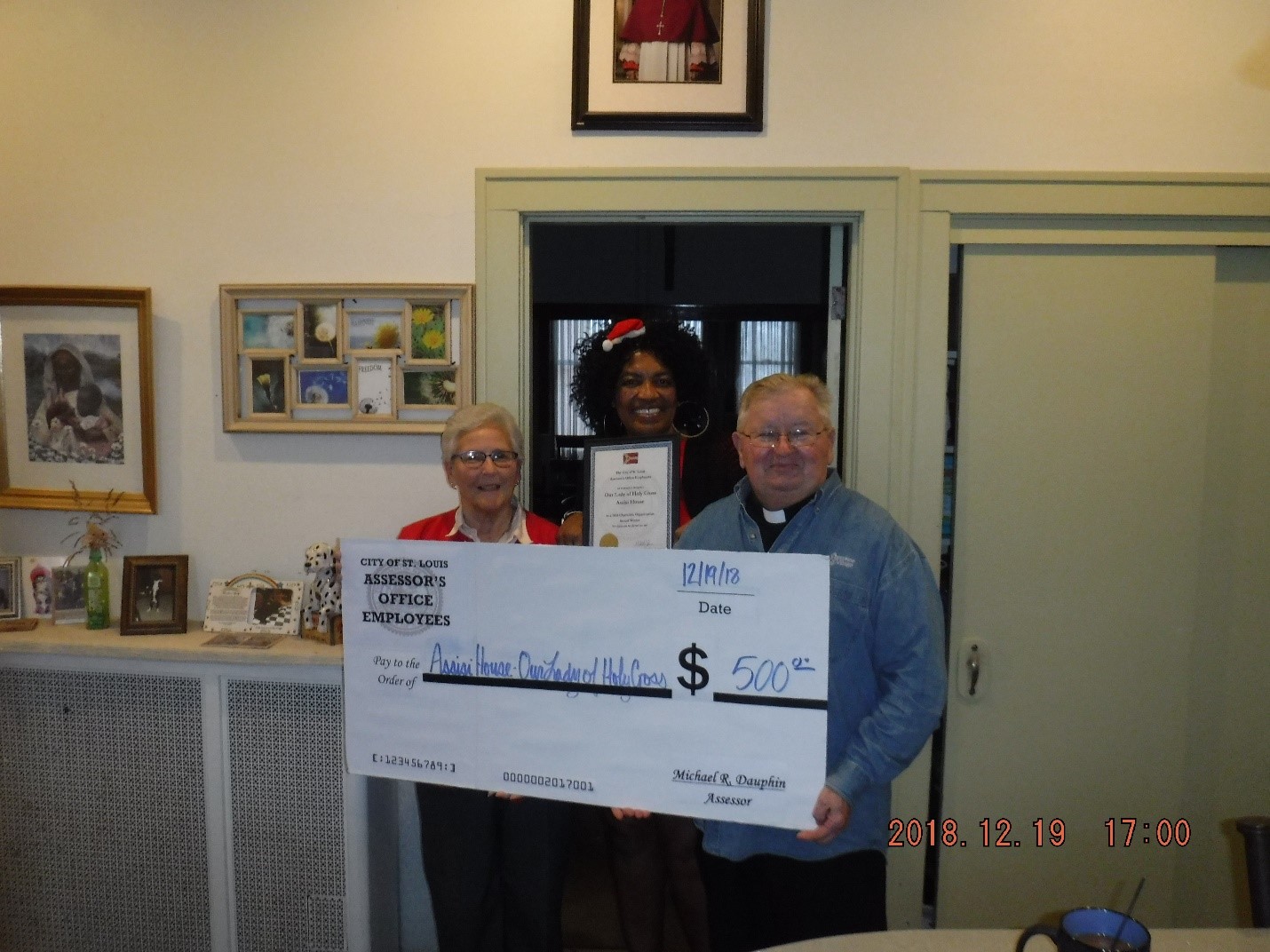 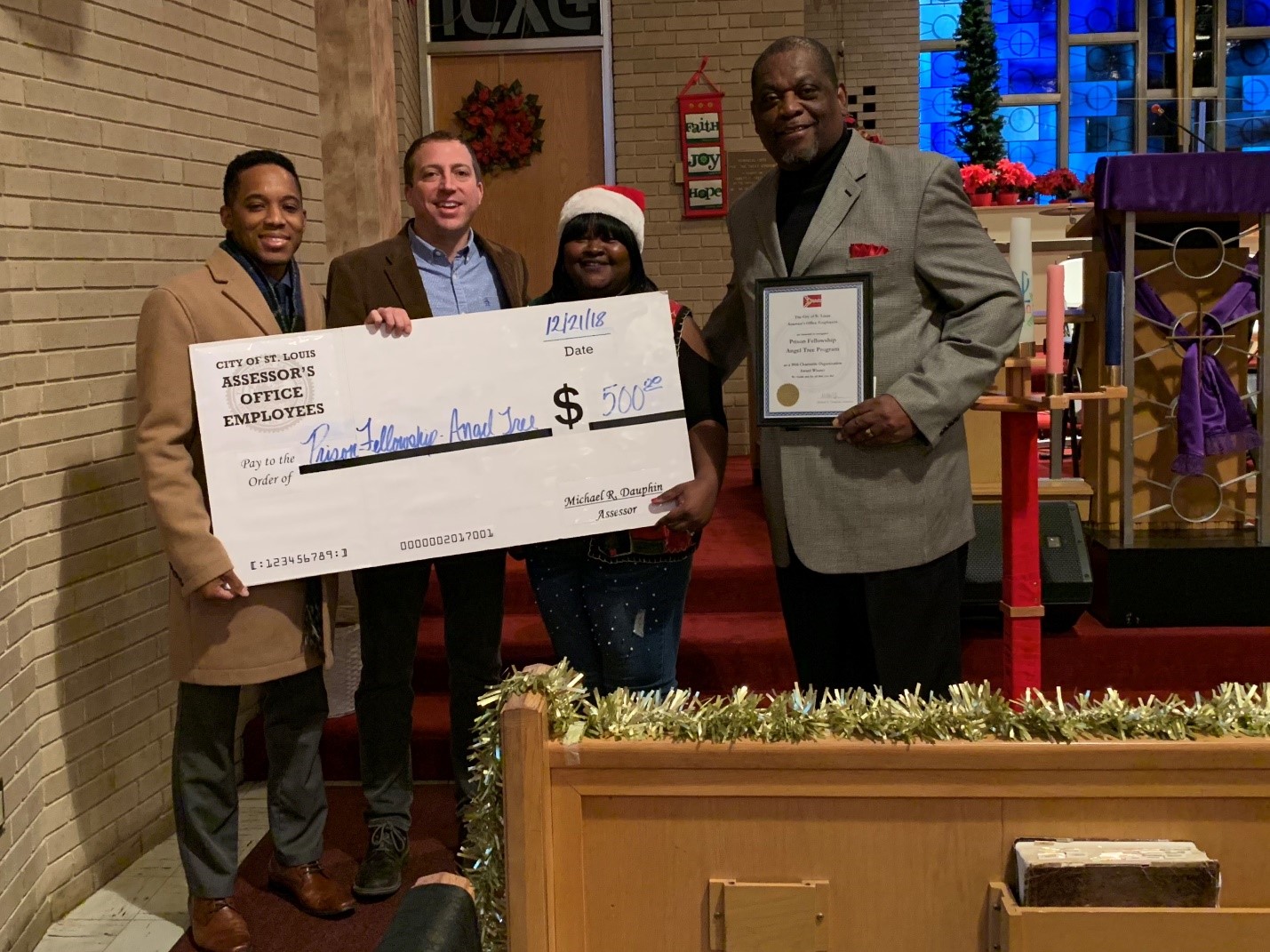 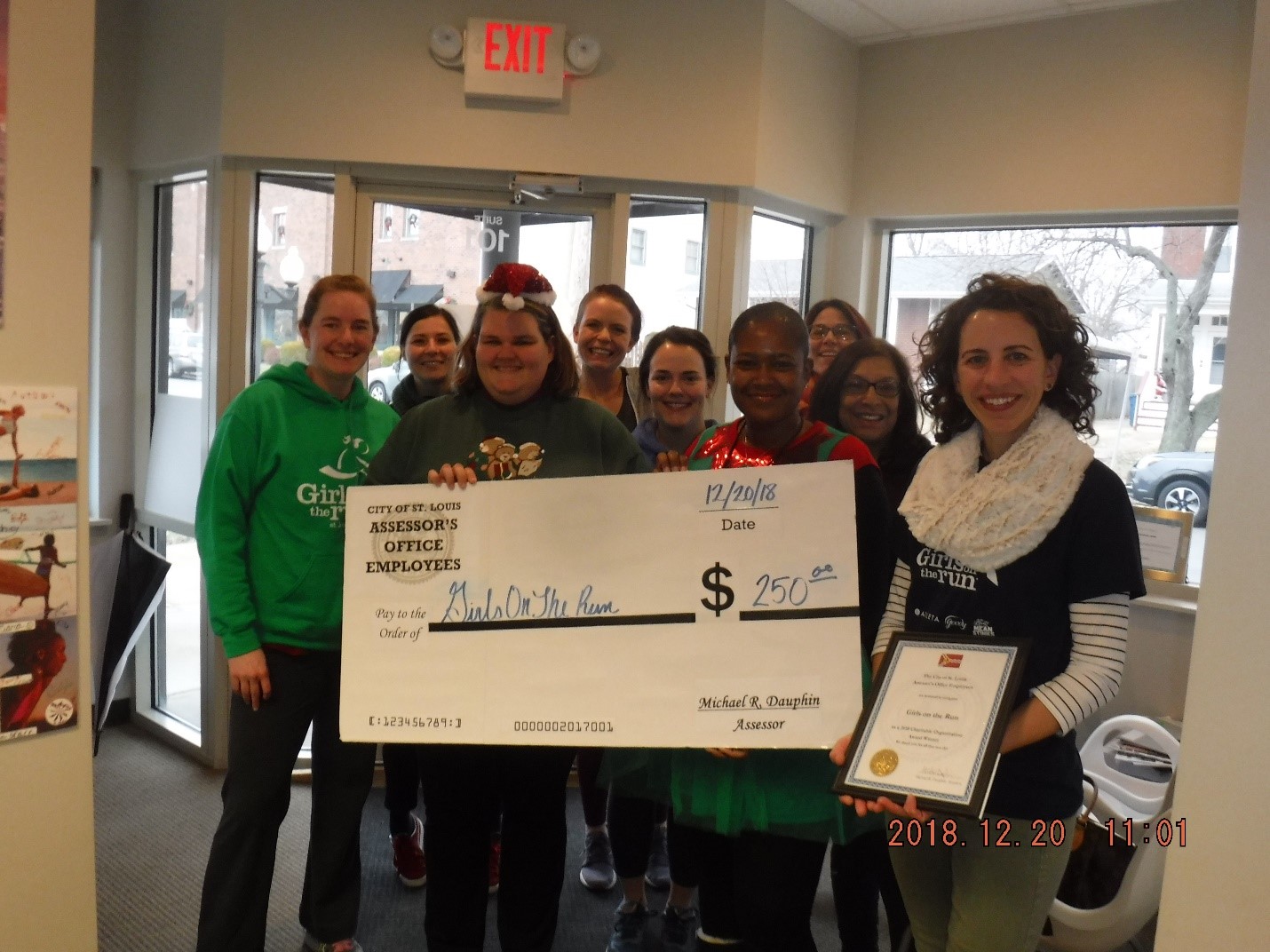 Girls on the Run

Not pictured: Heat Up St. Louis