A nearly $375,000 grant will allow the City of St. Louis and Bi-State Development to study the impacts a North/South MetroLink line. 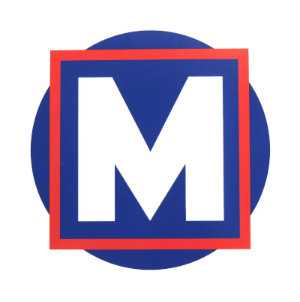 ST. LOUIS – A nearly $375,000 grant from the Federal Transit Administration awarded today will allow the City of St. Louisand Bi-State Development to study the development impacts a North/South MetroLink line would have throughout the City.

The Transit-Oriented Development (TOD) application, put together by the City, Bi-State Development, which operates Metro, and East-West Gateway, enjoyed regional support from the St. Louis Regional Chamber, Civic Progress, and the St. Louis Promise Zone, all of which support North/South MetroLink and expanded transit access in the region.

"As we've learned from the experience of cities across the country, expanding access to transit is about more than moving people from point A to point B; it's about catalyzing development in struggling neighborhoods, deconcentrating poverty, promoting healthy living, and creating vibrant and accessible public spaces," Mayor Francis Slay said.

The award funds are made available through the Federal Transit Administration's (FTA) TOD Planning Pilot Program for communities that are developing new or expanded mass transit systems.

"The U.S. Department of Transportation would not award these funds if it did not believe in the enormous potential of this project, as I do," Mayor Slay said. "This award continues the momentum the North/South Metro Linkline and the undisputed benefits it could bring to our region. The TOD planning also will tie neatly to the City's Project Connect work around the site of the future National Geospatial-Intelligence Agency's West campus -- an area that currently has the lowest rate of car-ownership in the City."

Metro will receive funding to plan for ways that diverse populations can benefit from a proposed 17-mile MetroLink light rail line that will connect Downtown St. Louis with the City's northern and southern limits. A significant portion of the corridor, particularly on the north side, is economically distressed and requires careful planning to attract development.

The FTA awarded the competitive grants to projects, like the North/South study, to help localities plan improved access to transit, jobs, education and services, and help revitalize communities by attracting new business opportunities, jobs, and housing. In addition, the program seeks to enhance connectivity of disadvantaged populations to essential services.

Specifically, the City, Metro and East-West Gateway will be using these funds to conduct a study with two main deliverables:

"As I and our supporters expressed to the FTA in June, we believe that catalyzing investments like light rail are critical to addressing the myriad challenges facing our region;racial disparities, poverty, crime, and education chief among them. These challenges are not new;they are a product of systems, policies, and institutions that have haunted us for decades, if not centuries -- and solving them will not be easy," Mayor Slay said. "We understand that the North/South line will be expensive. It may take a decade to plan, fund and construct. But, we are convinced that its benefits are directly proportional to its challenges and that we have a moral and economic imperative to make it a reality."

The City intends to introduce the grant award at the next East-West Gateway Council of Governments' meeting on October 18, 2016.