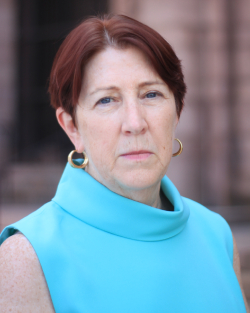 Nancy E. Cross (she/her) serves as the Executive Director of Operations for the City of St. Louis. She joined the Jones’ Administration after more than thirty years with the Service Employees International Union (SEIU) predominantly in the Midwest and held a variety of positions in organizing and local leadership. She spent the last seventeen years as the Missouri Director/Vice President of SEIU Local 1. In this role, she was responsible for the business operations of Local 1, including the oversight and management of the Taft-Hartley funds in Missouri, collaboration with community allies to improve employment and living conditions for all workers; negotiating labor contracts, and participating in legislative processes including working to pass ballot initiatives. During her tenure with SEIU, Ms. Cross sat on several national boards for SEIU: Midwest Initiative and SEIU’s Racial Justice Task Force.

Ms. Cross has a law degree from Howard University School of Law with emphasis on labor law.