A Strong Sense of Place

Two vacant Land Reutilization Authority lots are transformed into a custom, industrial-modern home through the vision of one St. Louis couple 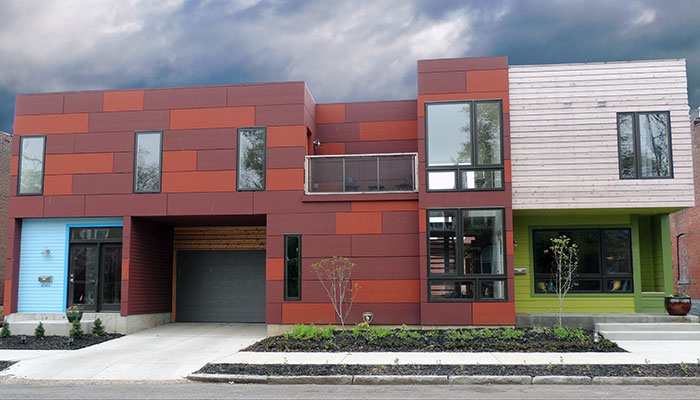 Brad and Doug had lived in a downtown loft for eight years and decided it was time to have a place to be able to step outside again; to have a patio and look out on their own pool.

"We looked a long time at houses that would suit what we wanted, but didn't find one. Finally, we decided we were just going to build something," says Brad.

In their search, they came across adjoining plots on Gibson Avenue."The lots had this abandoned factory at the back, which I imagine to most people didn't look like much of a backyard; but to us, it looked like the final wall of privacy for a swimming pool," recounts Brad. "Part of what we wanted this home to feel like, was that it had a strong sense of place. To me, that wall is sort of St. Louis personified. It's kind of rustbelt, kind of beaten, but it's got its own kind of beauty and charm. We like it here."

It was decided to approach Erica Macon from the Land Reutilization Authority to purchase the land.

"It was pretty uncomplicated.We found the lot and we had the vision, but the actual purchase of the property from the city was not that difficult," explains Brad. "When your project is approved, you put down an option to purchase, which gives you control of the land. "

The option is 10% of the purchase price with the condition that constructions begins within a year. If you haven't started construction, you may renew your option for another year. The sale price for LRA land is approximately is $1.00 to $5.00 per square foot. Other considerations are sometimes taken into account.For example, if you wish to purchase a vacant lot adjacent to your house, the price is calculated at .50 a square foot. Shallow lots are also discounted.

With site control, Brad and Doug felt comfortable moving forward with the design process. "The loft was an open concept. That was one of our favorite things about it and we didn't want to give that up.We wanted to take that concept and apply it to the house," states Brad."We wanted to bring that feel of industry into the house, so we added some concrete floors and a big (working) garage door in the living room that leads to the patio. When it's nice outside, we throw the whole thing up and have both inside and outside entertaining at the same time.It's a fun house."

After working six months with architectural company Urban Improvement Concepts (), they were ready to break ground.

With construction underway, mandatory progress reports had to be made. "The way we took care of the reporting was to create a Facebook Page.I would come over every day, take photos and post them to Facebook.Erica Macon Facebook friended me and that became the progress report. It was really easy," says Brad.

Previous buildings on the lots had been demolished and some materials were buried. During the construction, some of these materials resurfaced.They were incorporated into the new structure and living areas. "It feels like history.I saved the bricks that surfaced knowing that I wanted to lay them as the patio.The big pieces of limestone, is the basement of what used to be here. We got a little bit of history going on, "says Brad.

Historic meets Contemporary, Industrial meets Comfort: For Brad and Doug, their dream home is now complete for the most part.The vacant lots, once an eye sore, now have a strong sense of place. Mission accomplished. 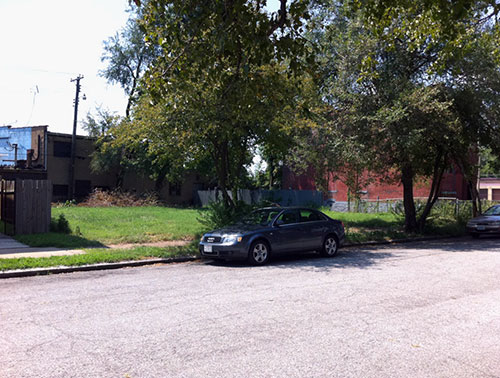