Electronic cigarettes or e-cigarettes are devices that heat liquids to produce a vapor or aerosol, a mixture of particles in the air. E-cigarettes are known by many different names, and using an e-cigarette is sometimes referred to as “vaping.”

Electronic cigarettes or e-cigarettes are devices that heat liquids to produce a vapor or aerosol, a mixture of particles in the air. E-cigarettes are known by many different names, and using an e-cigarette is sometimes referred to as “vaping.” The liquid in e-cigarettes often contains nicotine and other flavorings or chemicals that can harm the lungs and the developing adolescent brain. E-cigarettes have been the most commonly used tobacco product among youth since 2014, with an estimated 4.47 million youth users in the U.S. in 2020. (1)

Factors associated with youth tobacco product use are well-documented and include the following: social and physical environments, biological and genetic factors, mental health, and personal views. Youth are more likely to use tobacco products if they see their friends or parents using them or if they expect positive outcomes from smoking, such as weight loss. Other factors include low socioeconomic status, low self-image or self-esteem, lack of parental support, and seeing tobacco product advertising can also influence youth tobacco use. (1)

While the public health impact and economic burden of e-cigarette use are not yet clear, the effect of tobacco products, in general, is enormous. Smoking-related illness costs the U.S. more than $300 billion each year, including $170 billion for direct medical costs and $156 billion in associated lost productivity. While rates continue to decline, the Centers for Disease Control and Prevention (CDC) has monitored e-cigarette and vaping product-associated lung illness (EVALI) since August 2019. 2,087 hospitalizations or deaths due to EVALI have been reported as of February 18, 2020. (1) 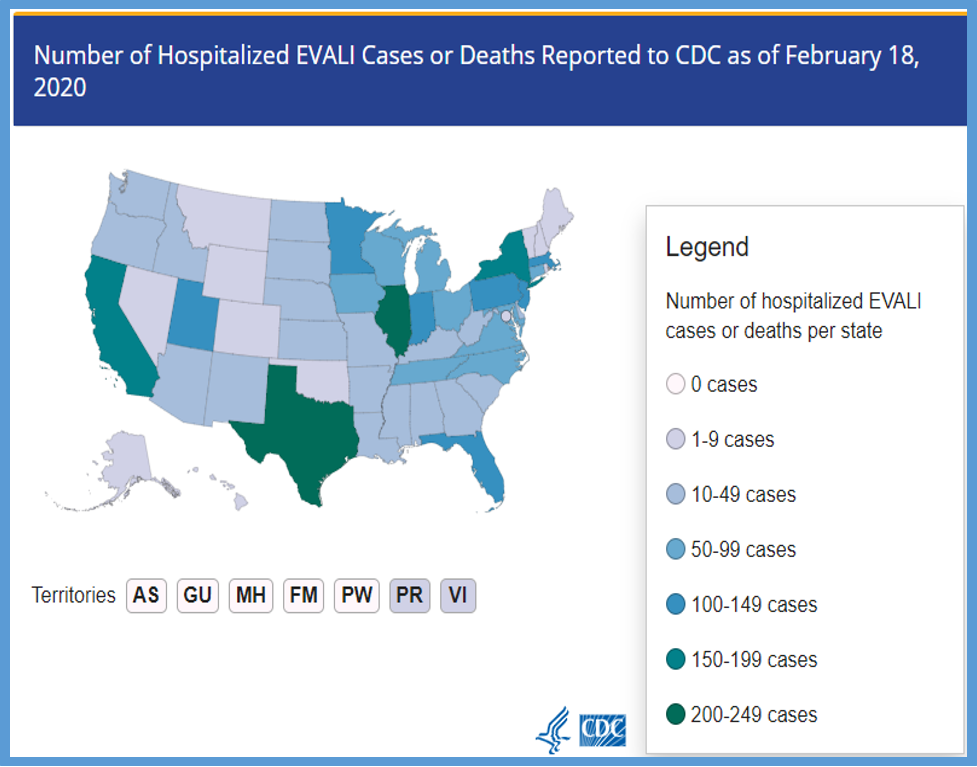 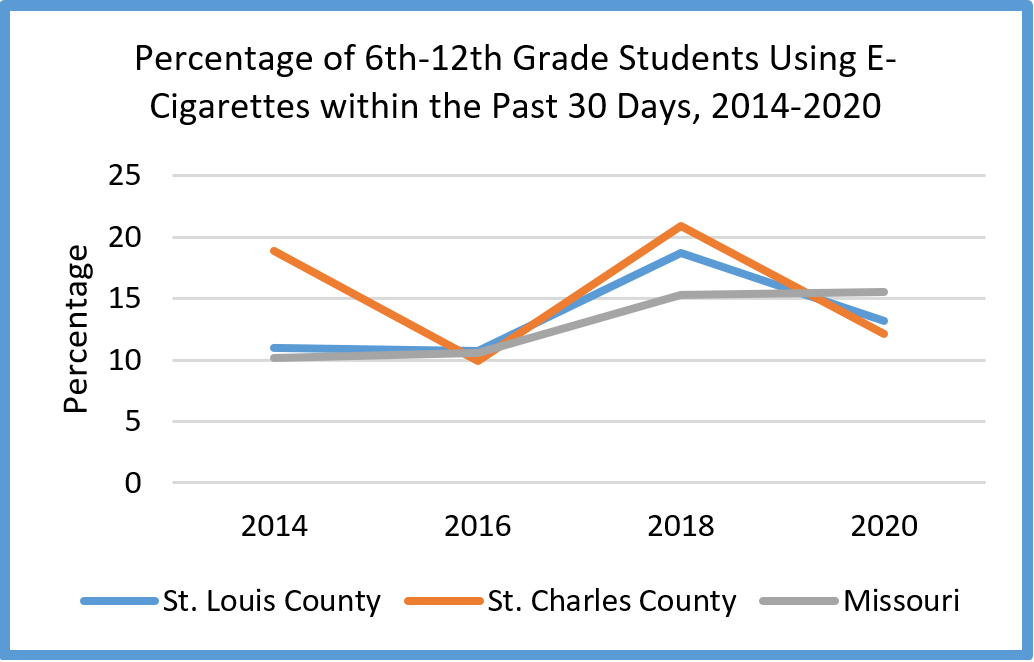 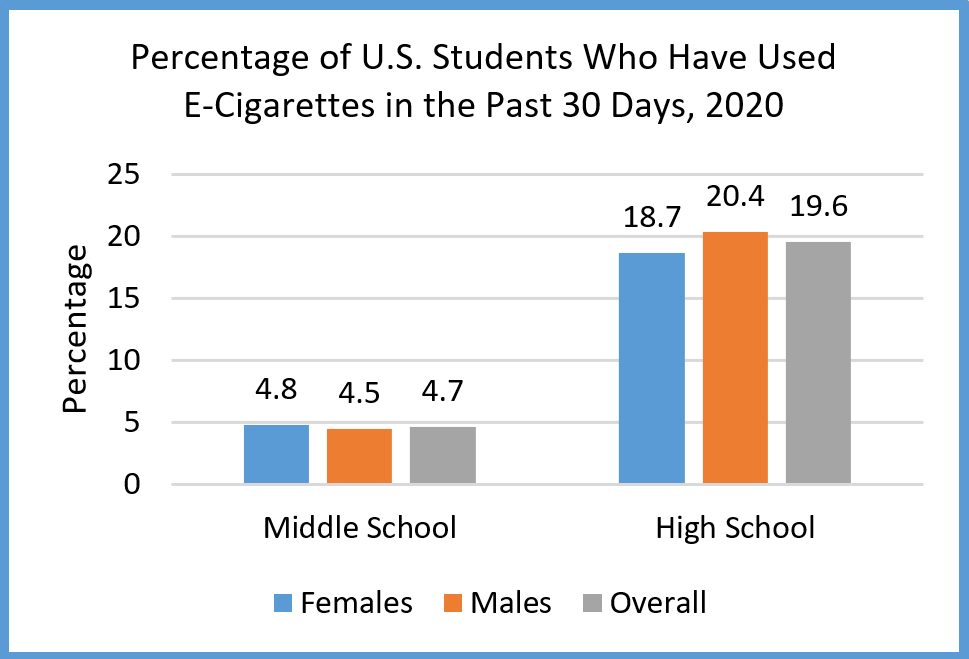 The burden of e-cigarette use among youth in Missouri may be ascribed to a high number of youths reporting associated risk factors, such as feeling depressed, perceiving a low risk of use, and perceiving that people who smoke e-cigarettes are “cool.” Based on 2020 data, 25.6% of Missouri high school students felt very sad always or often in the past month. 31.8% believed their peers would think someone was “very cool” or “pretty cool” if they used e-cigarettes, and 37.9% believed there was “no risk” or only “slight risk” if they smoked e-cigarettes. (2)

What Can Health Departments Do to Reduce and Control E-Cigarette Use?