Special Assistant to the Mayor, Liaison to the Board of Aldermen 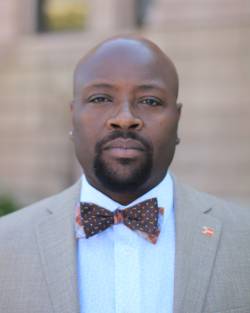 Kevin R. Bailey was born and raised in Saint Louis, Missouri and enters Mayor Tishaura O. Jones’ administration with more than 10 years of service to St. Louis communities. Kevin was educated through the Archdiocese of St. Louis graduated from Cardinal Ritter College Prep. and later from Fisk University with a Bachelor’s Degree in dramatics, communications and speech as well as a minor in education. Kevin also earned a Master’s degree from Washington University in St. Louis in nonprofit management.

In college, Kevin co-founded Reality Visions, a non-profit focused on building meaningful connections between African-American youth in Nashville and the Fisk campus community. In 2010 Kevin began a career in HIV prevention & intervention, facilitating group-level interventions, testing for sexually transmitted infections and providing counseling services. Kevin became a Neighborhood Improvement Specialist in 2018 with the City of St. Louis, where he fostered strong working relationships with citizens and elected officials. Kevin is excited to bring this experience and these relationships to the office of the first Black woman mayor of St. Louis.