Fresh Coast Capital to announce investment toward the revitalization of urban land into productive green space. 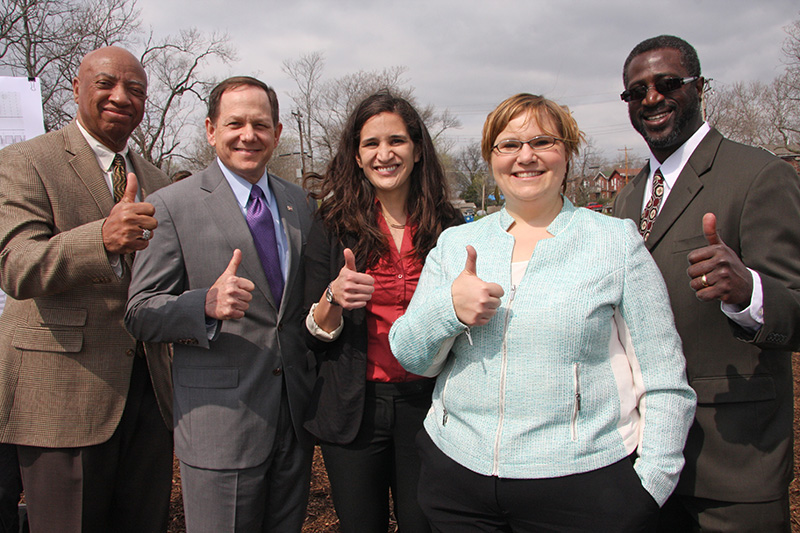 ST. LOUIS -- Mayor Francis Slay and local leaders will join Fresh Coast Capital as the company announces from the City of St. Louis a $1 million national investment toward the revitalization of urban land into productive green space that can help manage stormwater, improve ecosystems, and lift up communities.

"I am thrilled to welcome Fresh Coast Capital to the City of St. Louis to help our community breathe new life into some of our vacant and abandoned land," Mayor Slay said. "Fresh Coast's urban tree farms will turn 42 unused lots from a liability that costs the City thousands of dollars a year to maintain to an asset for the community. This innovative reuse of land will create a more sustainable, resilient neighborhood."

In accordance with the Mayor's Sustainability Action Agenda on Urban Character, Vitality &Ecology, the City's Land Reutilization Authority (LRA) has made 42 parcels of LRA-owned land available for just $1 to Fresh Coast Capital for its smart, productive, creative re-use of the land.

Fresh Coast's $1 million project fund, announced from St. Louis, will be deployed to implement 60 acres of pilot projects across six cities, which equates to an estimated 27,000 trees planted and 28 million pounds of carbon dioxide sequestered over 15 years. New Fresh Coast cities include:

The City of St. Louis has the oldest land bank in the United States. The Land Reutilization Authority was established in 1971 to take over properties that private landowners no longer wanted or had abandoned. When a property owner fails to pay taxes for five years, the City's Collector of Revenue may sue and foreclose. There are at least five public tax foreclosure sales per year. Any properties not sold at the foreclosure sale are transferred into the LRA inventory to be maintained, marketed and sold.