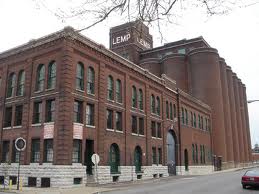 The Cherokee historic district is separated from its surroundings by two St. Louis landmarks, on the east, the DeMenil home (1849) and the Lemp Brewery (1862), and a newly renovated commercial block on the west. The majority of the eighty-one structures that lie within the eleven-block district span the period from the late 1860s to 1915.  St. Louis' traditions of fine brickwork, cast-iron fronts, and solidly-built structures were utilized here to create a middle income neighborhood of handsome residences and supporting commercial structures. The area is fortunate in retaining most of its original buildings with only rare occurrences of demolition. Furthermore, as a whole, their structural condition is sound and few have been gravely altered.

The Cherokee-Lemp District became a City historic district in 1980.