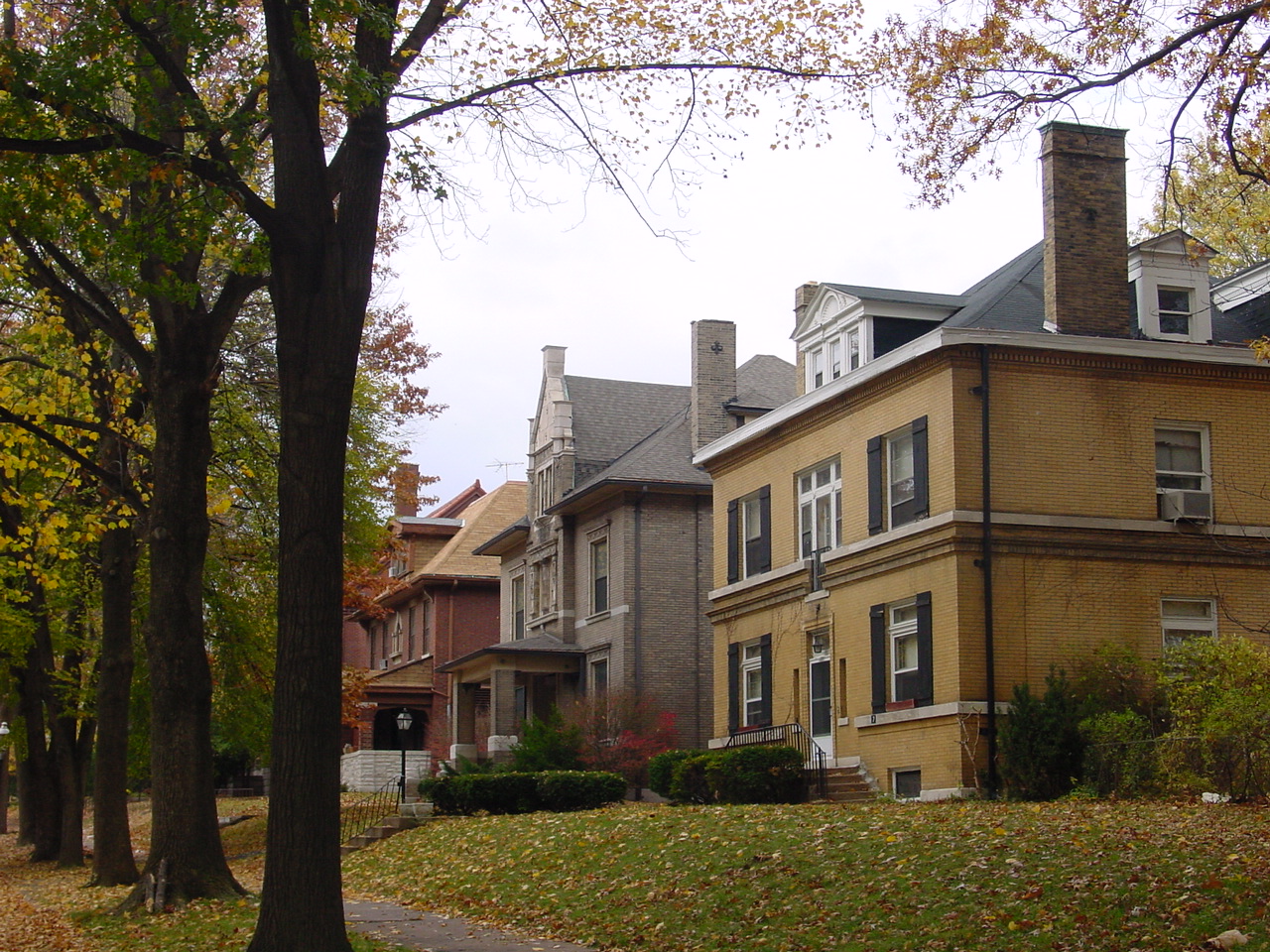 The Visitation Park Historic District was once part of an uncultivated meadow land owned by Dr. J. Sheppard Cabanne.  Much of the area was developed during and just prior to the 1904 World's Fair, including Windermere Place which had been a farm owned by the Thomas Wright family.  The district boasts an eclectic array of architectural styles and a number or large institutional buildings primarily located along Union Boulevard.  The historic district took its name from Visitation Park (now Ivory Perry Park), located at its western edge.  The park was the original home of Visitation Academy and Convent.  The Visitation Park Historic District was created in 1975, and later expanded in 1987.