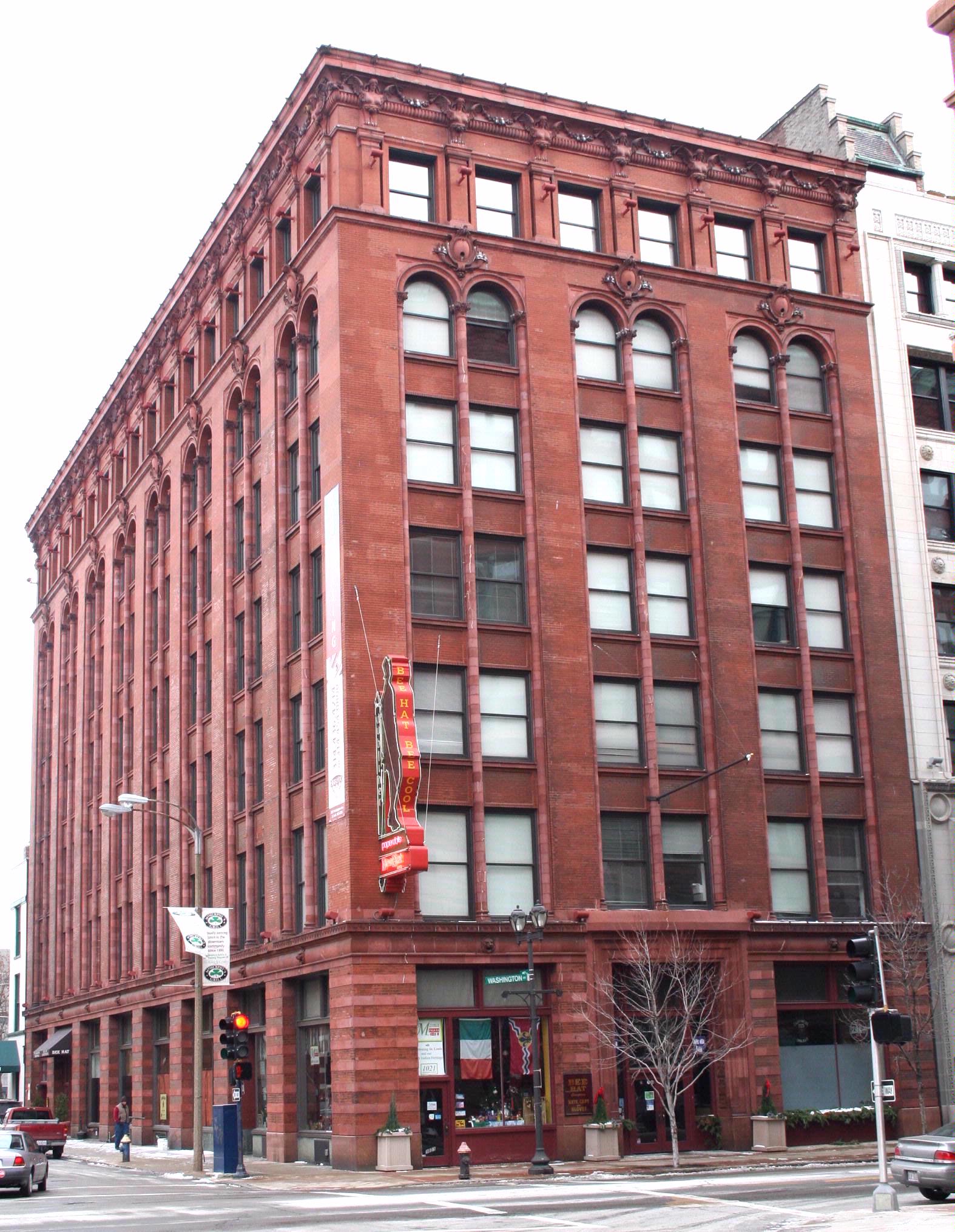 Located at 1021 Washington, the Bee hat Building was designed by Isaac Taylor in 1905.  The Bee Hat Company building is on the northern edge of downtown in what was once the City´s thriving garment district. When the Eads Bridge opened in 1874 on the eastern end of Washington Avenue, improved transportation made the avenue a more desirable location for warehouses and garment factories to locate. Around the turn of the century, many seven-story warehouse buildings, such as 1021 Washington, opened for business. A hat company (possibly the Gauss Langenberg Hat Co.) operated there for some time before the Bee Hat Company moved into the building. Four brothers began the Bee Hat wholesaling and distributing company in 1926 and their business remained on Washington Avenue from October 1944 until the beginning of 2000. At the end of the 20th Century, the Bee Hat Company was one of the last garment businesses left on Washington Avenue.