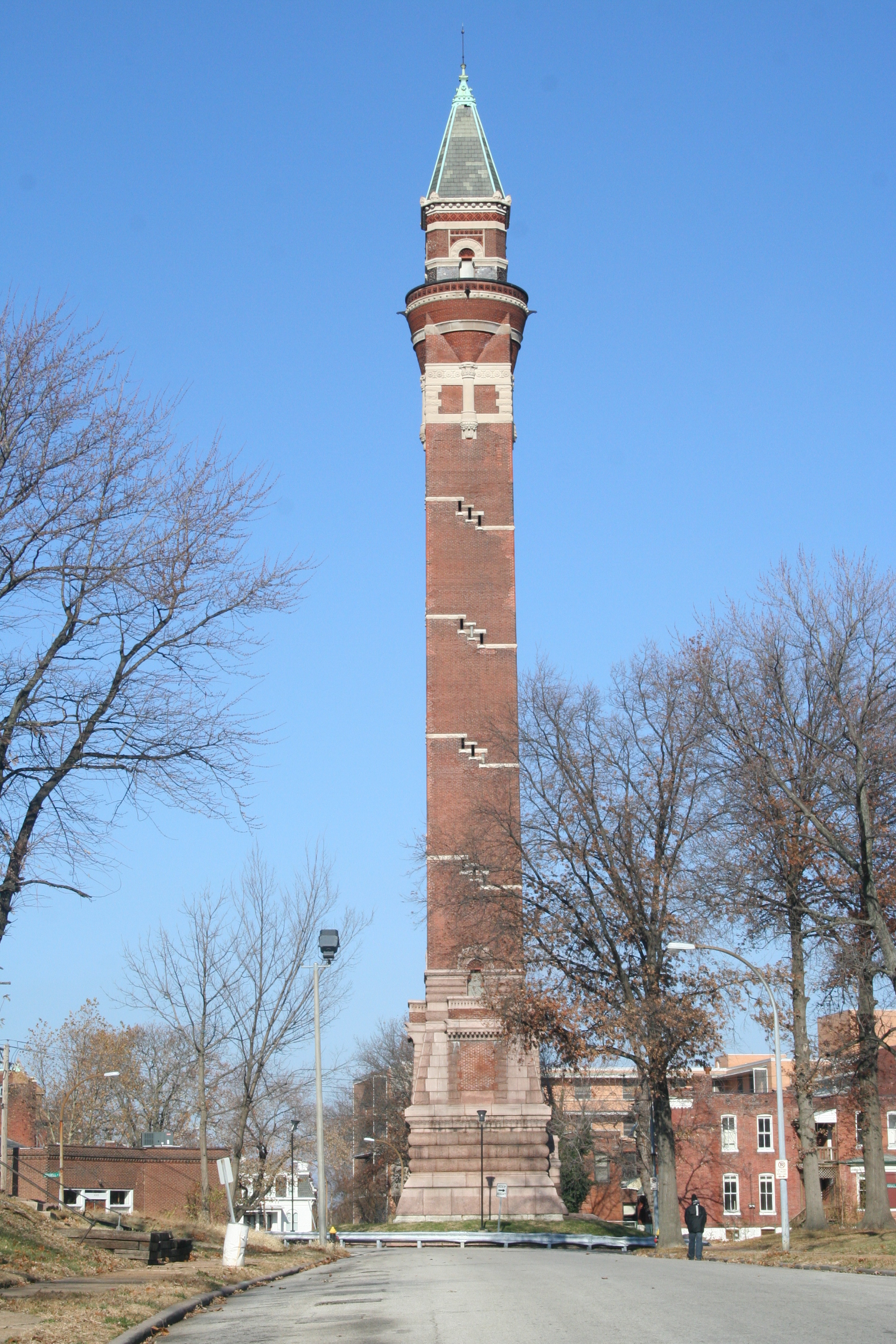 Built in 1885, the Bissell Street Water Tower, also called the "Red" Water Tower, was designed by William S. Eames in the form of a Moorish Minaret.  The tower stands 206 feet high and is located at the intersection of Blair Avenue and Bissell Street in the Hyde Park City Historic District.

There are nine doorways leading into a space containing an iron standpipe and spiral staircase. At the top is a look-out platform. The tower was renovated in 1913.  There was an attempt to raze the tower in 1958, but luckily it was halted by Donald Gunn, the President of the Board of Aldermen.  The Red Tower was restored once again in the 1960s and designated a City Landmark in 1966..  It was placed on the National Register of Historic Places in 1970.