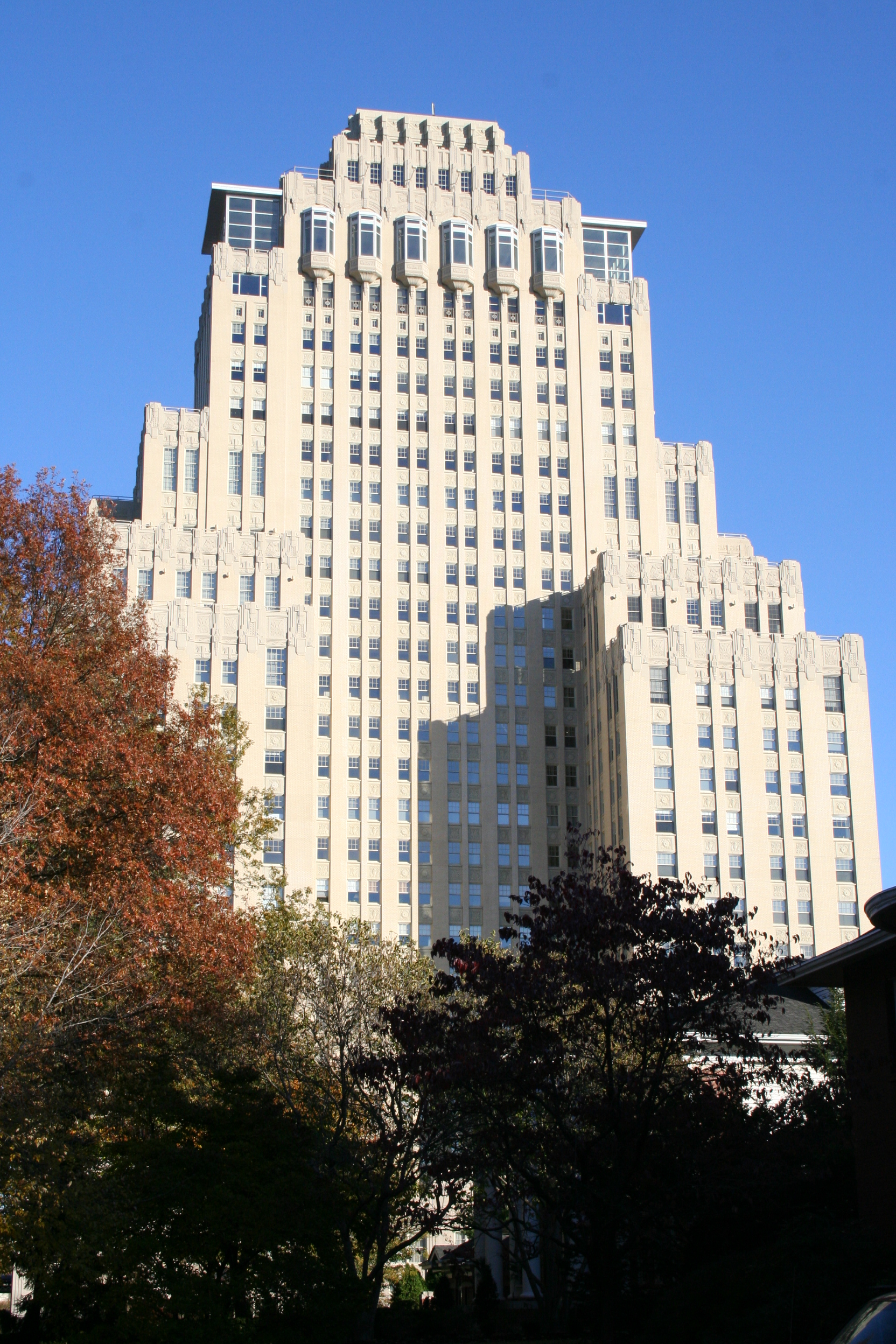 Originally two separate buildings, the Chase and the Park Plaza are now operated together as one hotel and treated as one landmark designation. The Chase is the earlier of the two hotels. It was built by Preston J. Bradshaw in 1922 in the Italian Renaissance style. The Chase is nine stories tall and was constructed in brick and cut stone. It was designed as part of a complex of buildings that also include the Chester and Chase apartments. Alterations to the building´s lower floor and balustraded parapet have resulted in some loss of character. Interesting facts about the building include the fact that it was built in nine months and contains 500 rooms. The Plaza Hotel was built at a later date, 1929, in the then popular Art Deco style. Typical Art Deco features of the building include the building´s setbacks and its emphasis on verticality. The Park Plaza is 27 stories tall and, as such, has become one of the dominant landmarks of the Central West End neighborhood.