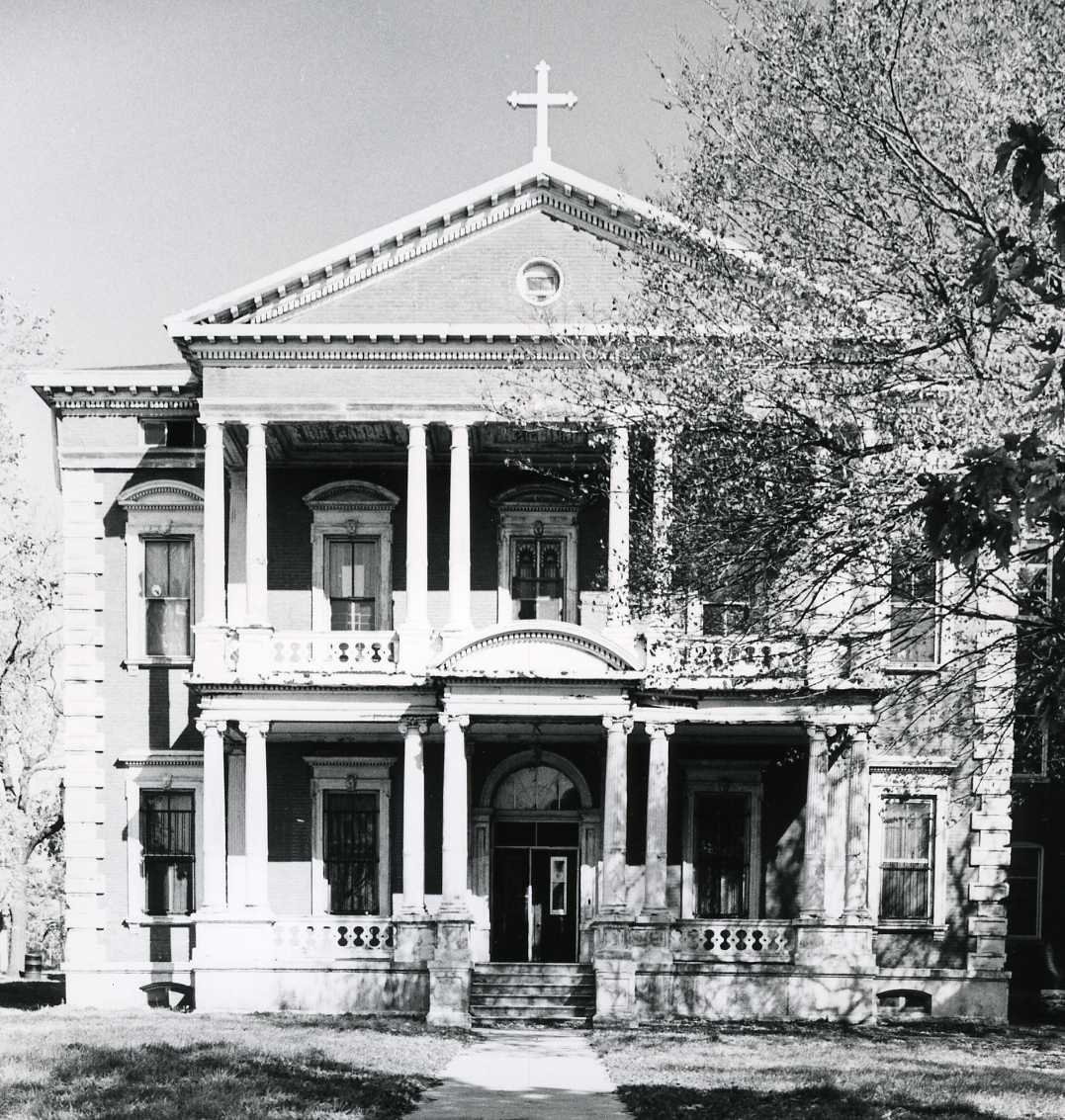 The James Clemens, Jr. House of 1859-60 is an excellent example of the Greek Revival style. Architect Patrick Walsh is credited with designing the house. One of the unusual features is the extensive use of cast iron ornament on the front facade. It has been said it is the finest application of cast iron on a residential building outside of New York City.  Cast iron was usually utilized on commercial structures.

James' second cousin once removed Samuel Clemens (Mark Twain) was said to have visited the house on several occasion.  James Clemens died in 1878.  His heirs sold the mansion in 1885 to the Sisters of St. Joseph, who constructed a large chapel on the grounds in 1896. The Sisters remained there until 1949 when the property was purchased by the Vincentian Fathers and Brothers.

The house was made a City Landmark in 1971 and is located at 1849 Cass.  Sadly, the building suffered a catastrophic fire in 2017 and the ruins were completely demolished in 2018.