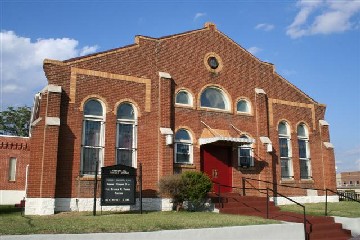 Located at 3141 LaSalle St., the brick church has been the home of the congregation since circa 1892. It represents the heritage of the black community in Compton Hill,  one of several distinct neighborhoods of the City established during the 19th Century. In  1906, the congregation hosted the Missouri State Missionary Baptist Convention at the  church. Changes to the building were first planned in 1927, but their vision was not  completed until 1944. The new facade and addition were designed by black architect,  John R. Steele.  The Compton Hill Missionary Baptist congregation continues to  worship in the church.