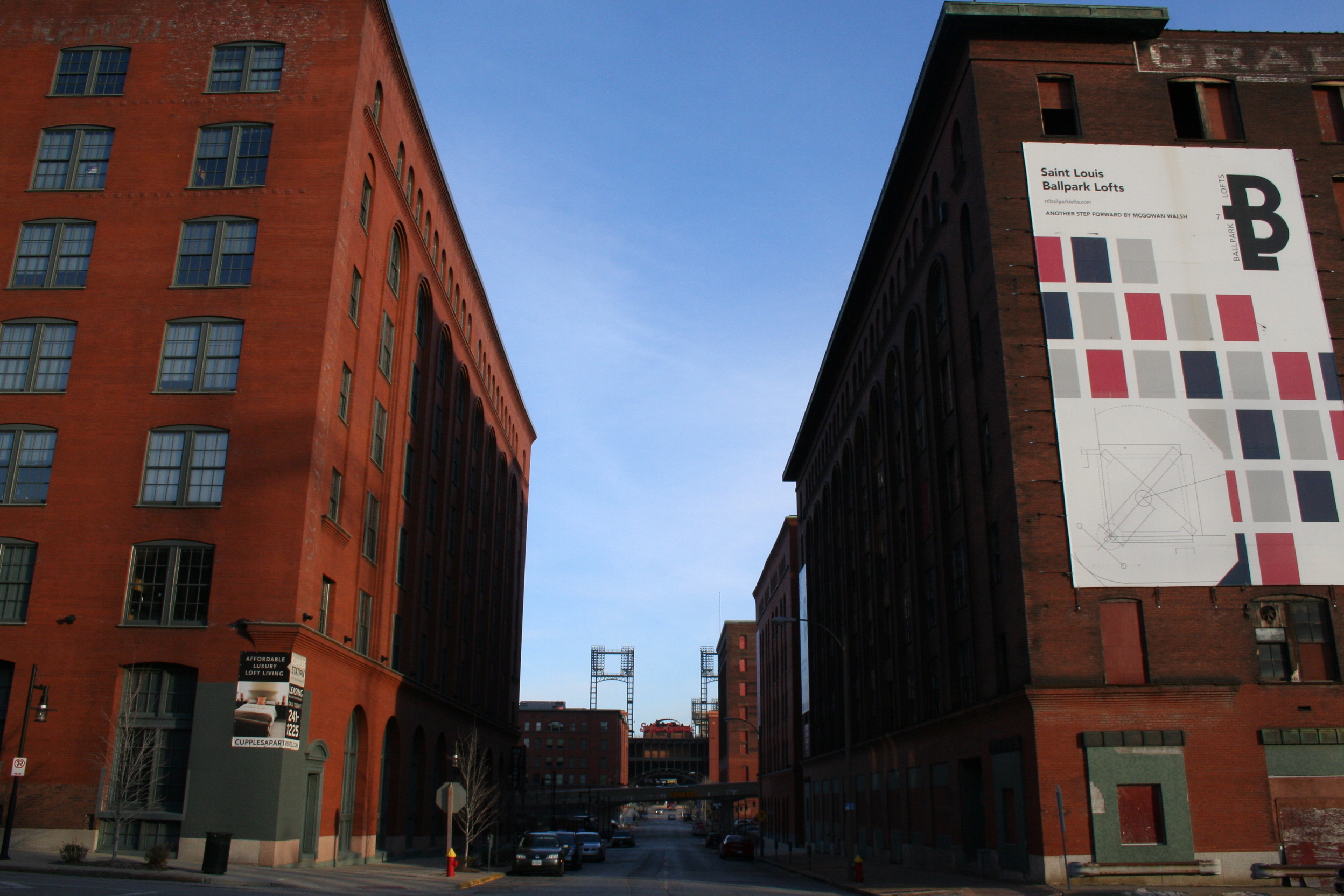 After completion of the Eads Bridge and the tunnel which connected the bridge with the Union Depot Railway Yards, Samuel Cupples and Robert Brookings saw an opportunity to locate warehouses there with ready rail access.  Constructed between 1893 and 1894, the buildings were massively constructed and were made as fire resistant as possible.

Several of the original buildings were razed for the construction of Busch Stadium and Highway 40 in the early 1960's.

The complex was made a City Landmark in 1971.