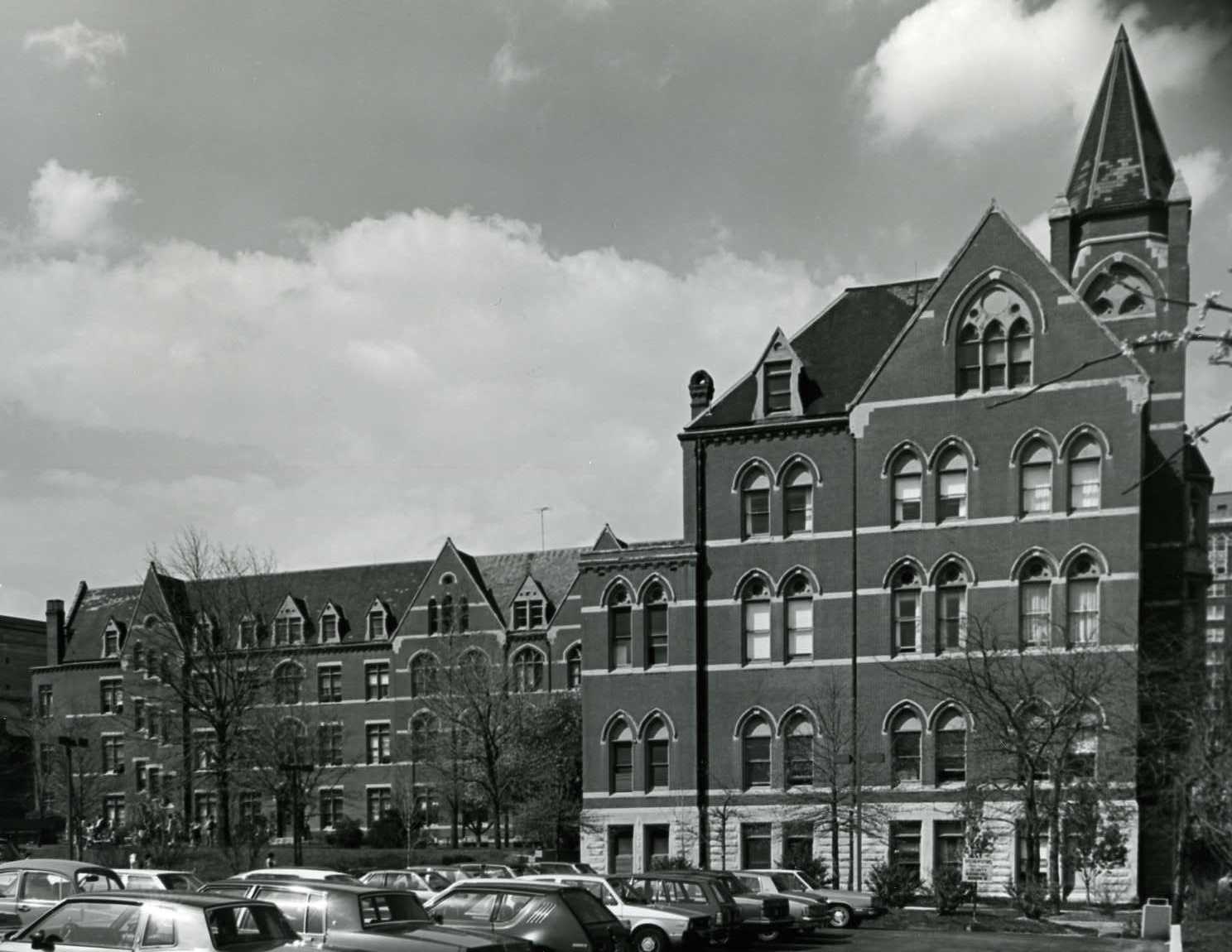 DeSmet Hall was designated a City Landmark the same day it was demolished in 1977.