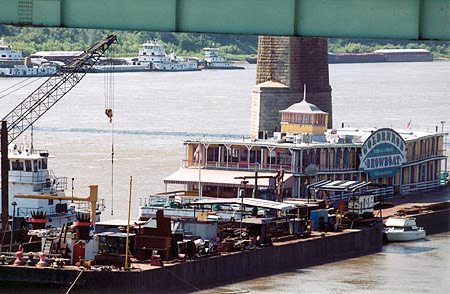 Designed in the "Steamboat Gothic" style in 1909, the Goldenrod Showboat was a fixture on the St. Louis River front for nearly sixty years.  The ship suffered a disastrous fire in 1962, but was quickly rebuilt.

The Goldenrod was named a City Landmark in 1972.