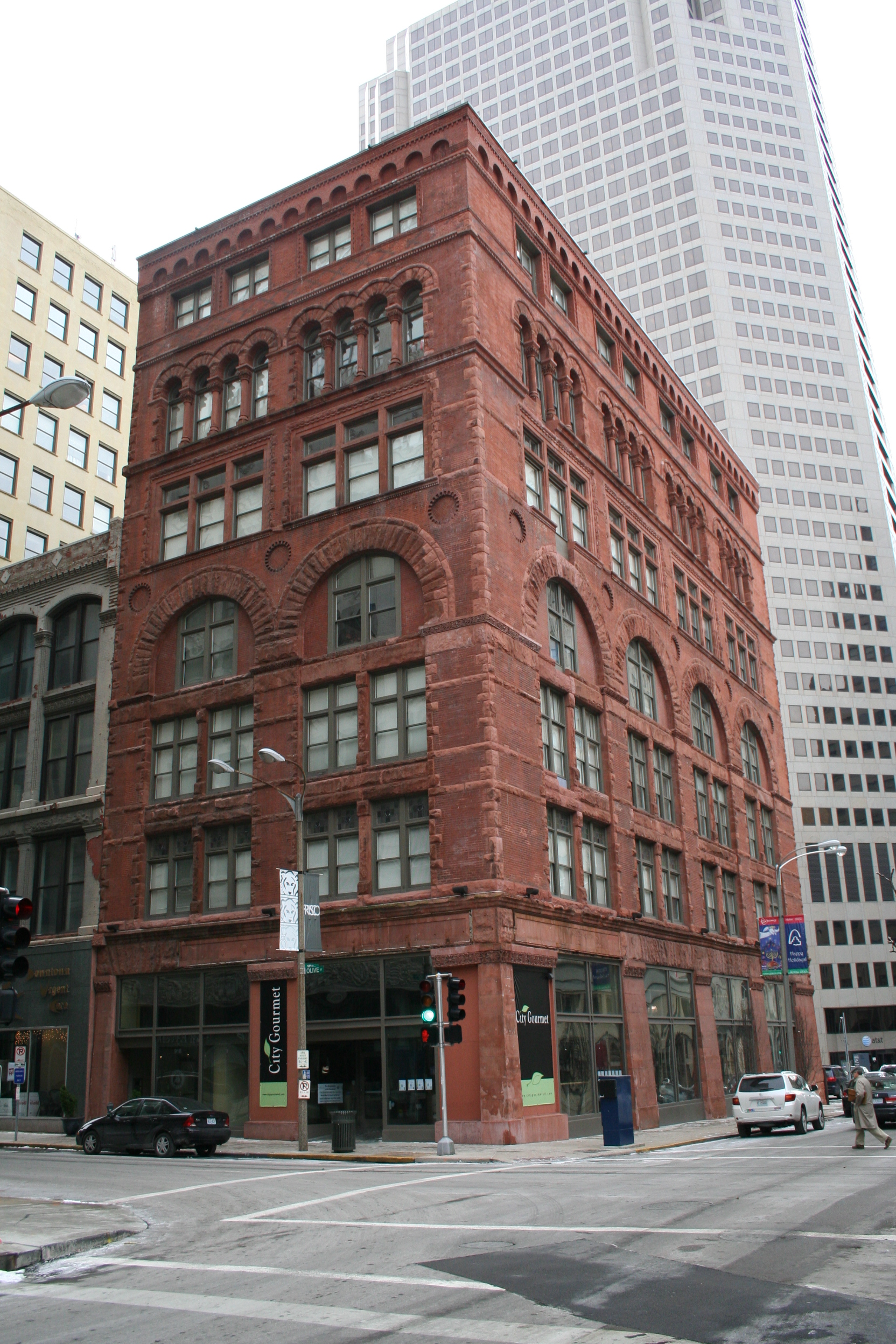 The 1889 Richardsonian Romanesque building, at 920 Olive, was designed and constructed for the Bell Telephone Building of Missouri, the forerunner of Southwestern Bell. The company had its main switching exchange and offices on the upper floors and leased the first-story commercial space.  The architect, George Shepley, was the son-in-law of the influential H.H. Richardson. The brick and sandstone building was originally constructed with six stories and a projecting cornice.  In 1919, the cornice was removed and a seventh story was added.  Long known as the S. G. Adams Printing Company Building and in 1980 was designated a City Landmark.  When owner of record, Hartley B. Comfort, Jr., failed in his attempt to have the landmark status removed, he asked that the designation be changed to the Hartley B. Comfort Building.  The name change was granted.  The building was listed on the National Register of Historic Places in 1999, and a subsequent renovation restored much of the storefront area that had been covered in 1940.