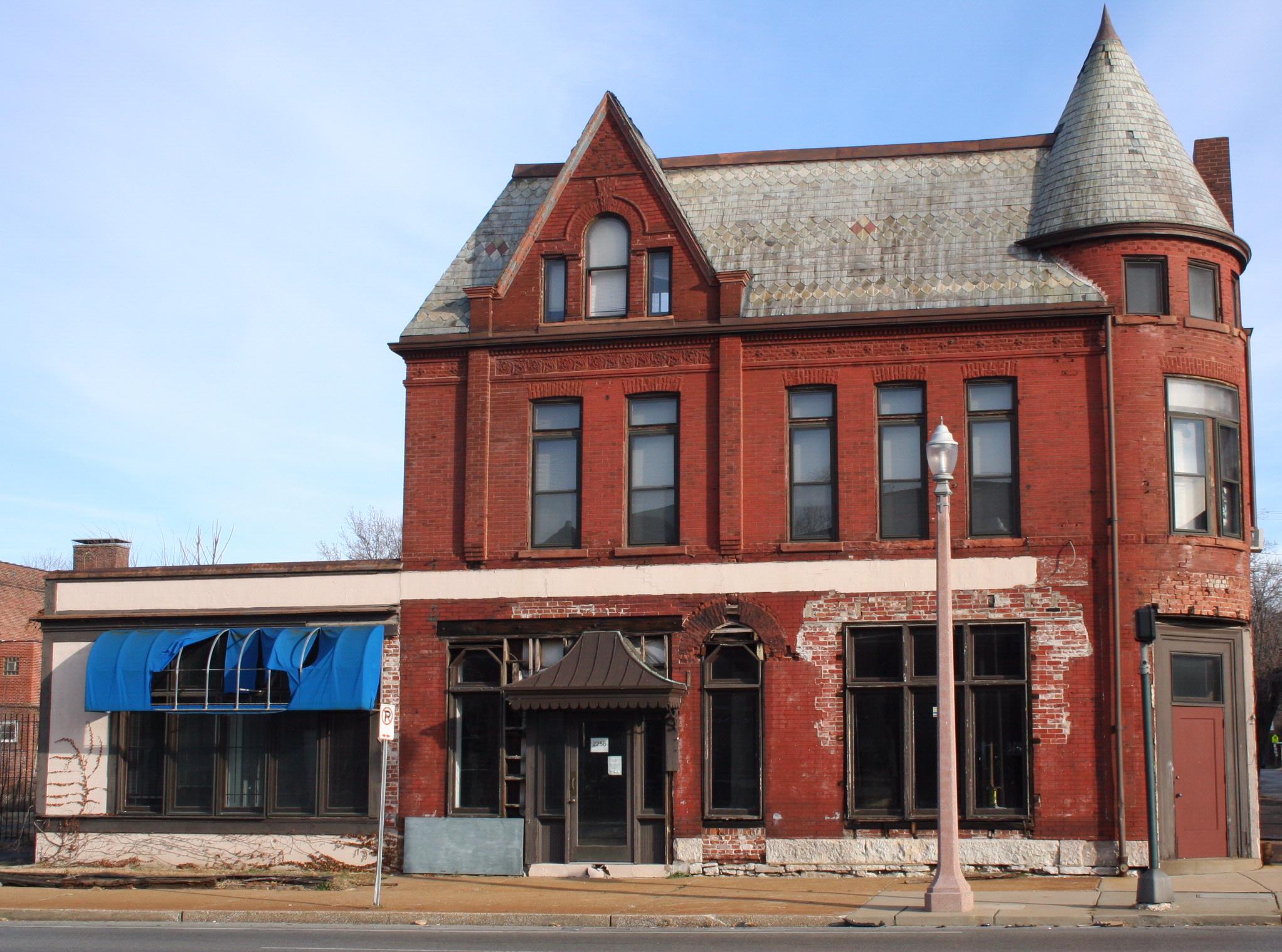 The building was constructed in prior to 1878 but was modified in 1895 by the Griesedieck brewery.  The corner has been an eating and drinking establishment for over 100 years.

The Pelican was the last establishment to occupy the building at 2256 South Grand.  Its trademark sign has since been removed.

The building became a City Landmark in 1976.