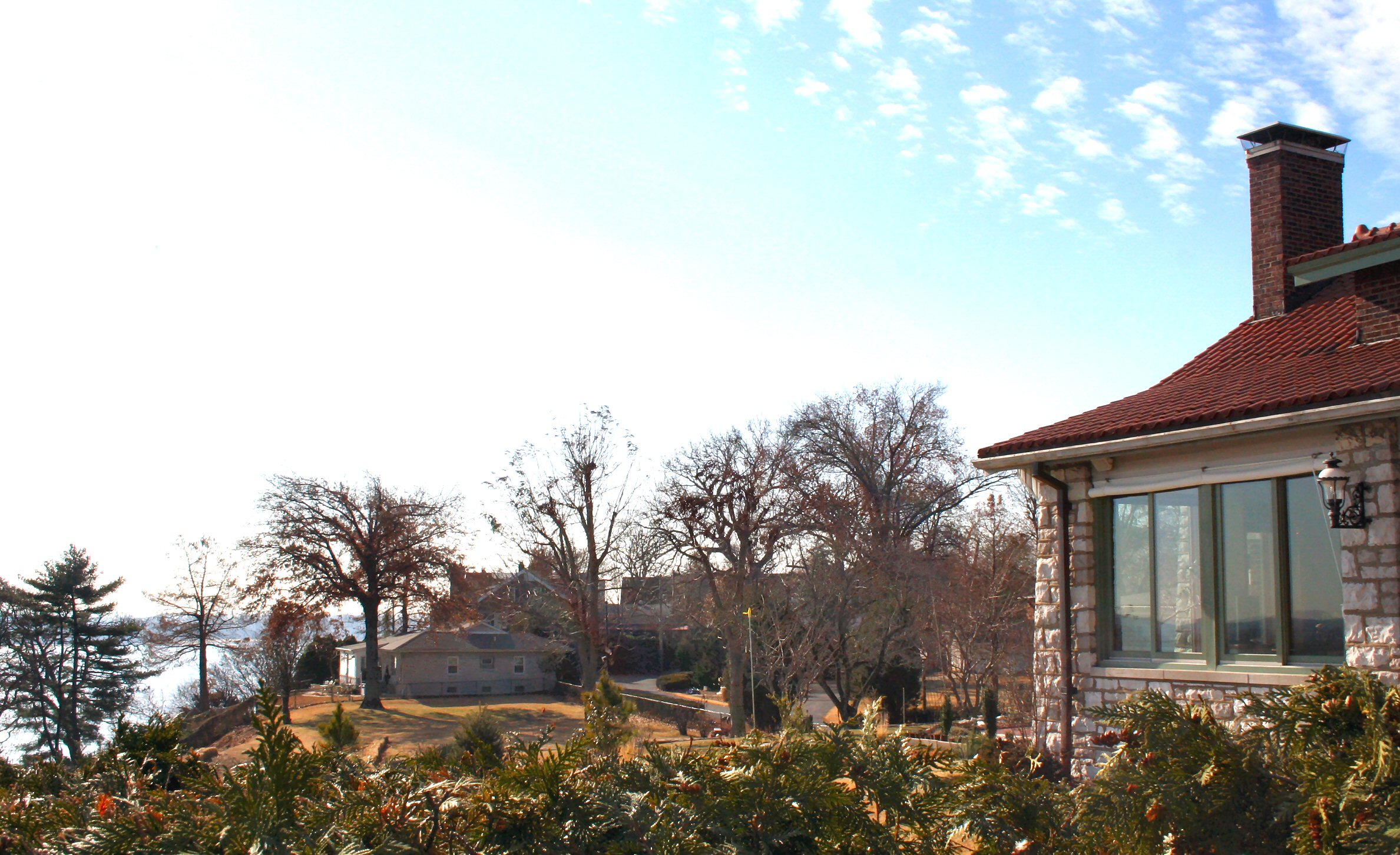 For a distance of about ten blocks south of the bend in the Mississippi River at 4500 South Broadway, a series of limestone bluffs arise in tiers above the river bank and railroad tracks.  In years past these bluffs were crowned with a series of large mansions.  Many of these houses have since disappeared or have been adapted for other uses.

The area became a City Landmark in 1971.