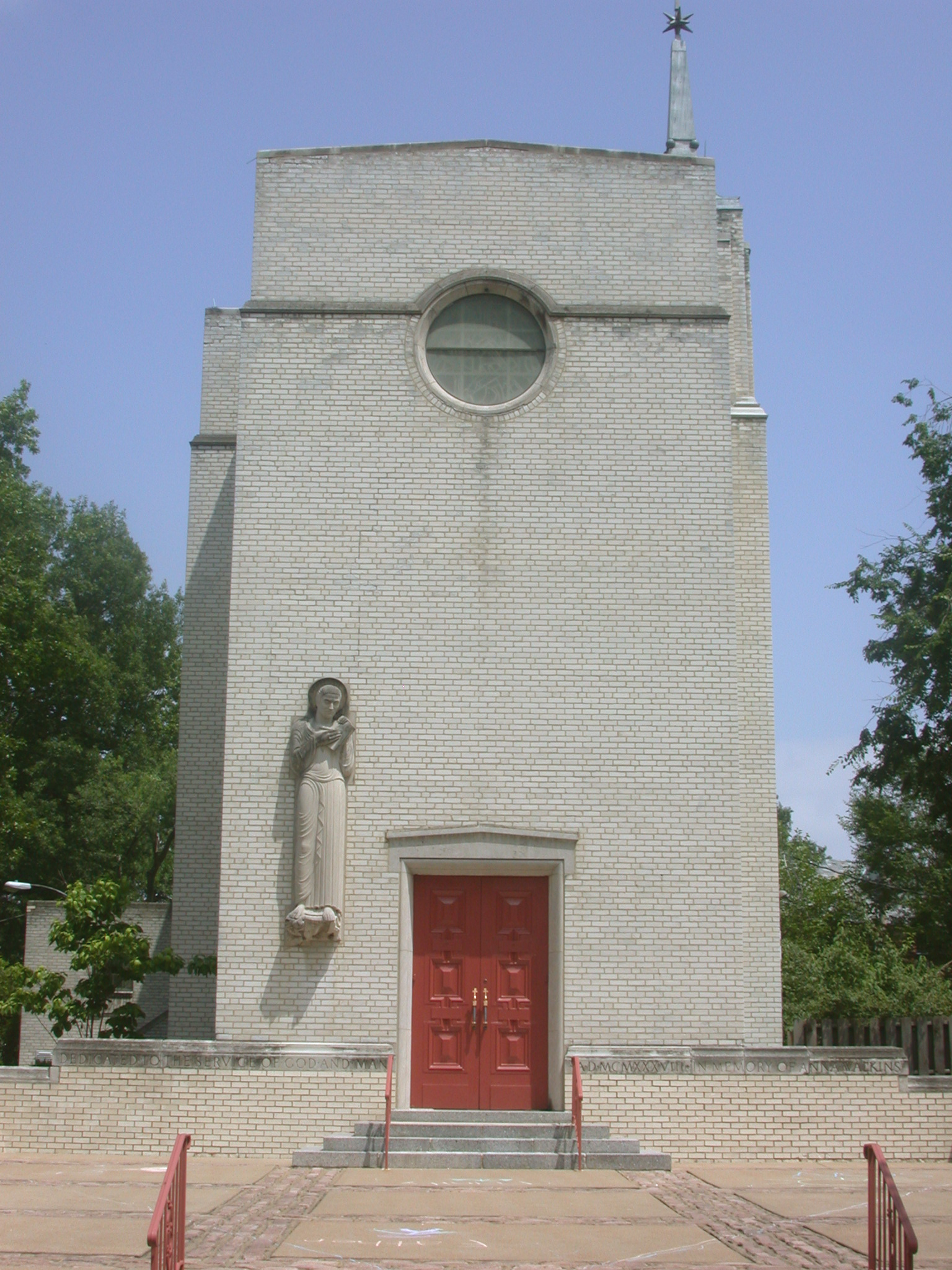 The City's first church in a contemporary style, St. Mark's was dedicated in 1939. Designed by the partnership of St. Louis architects Charles Nagel and Frederick Dunn, the elegantly simple building displays the work of many local craftsmen and artisans, including the statue of St. Mark by Sheila Burlingame. Burlingame was a student of Carl Milles, nationally-recognized sculptor, who produced the magnificent Meeting of the Waters in Aloe Plaza (City Landmark #15).

The stained glass windows were designed by Robert Harmon and created by Emil Frei Studios.

St. Mark's was designated a City Landmark in 1973.