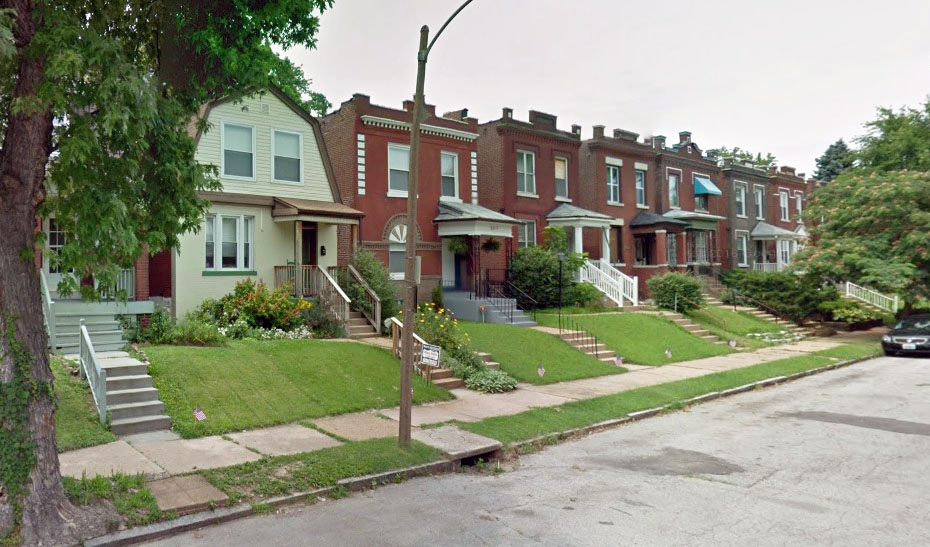 The earliest buildings in the Tower Grove East District date to about 1850, but the vast majority were constructed from the mid-1890s to the 1920s. This amazing 30-year boom was directly related to the arrival of the electric streetcar. The District is primarily residential with a mix of working- and middle-class property types, ranging from tiny, one-story Shotgun houses to larger Arts & Crafts examples; and including also examples of the high-style architecture of the wealthy. Above is a typical street in the district, with early 20th century residences displaying a variety of fine brick detailing.

The Tower Grove East Local District is unusual, in that its Standards regulate only new construction and additions to existing buildings.