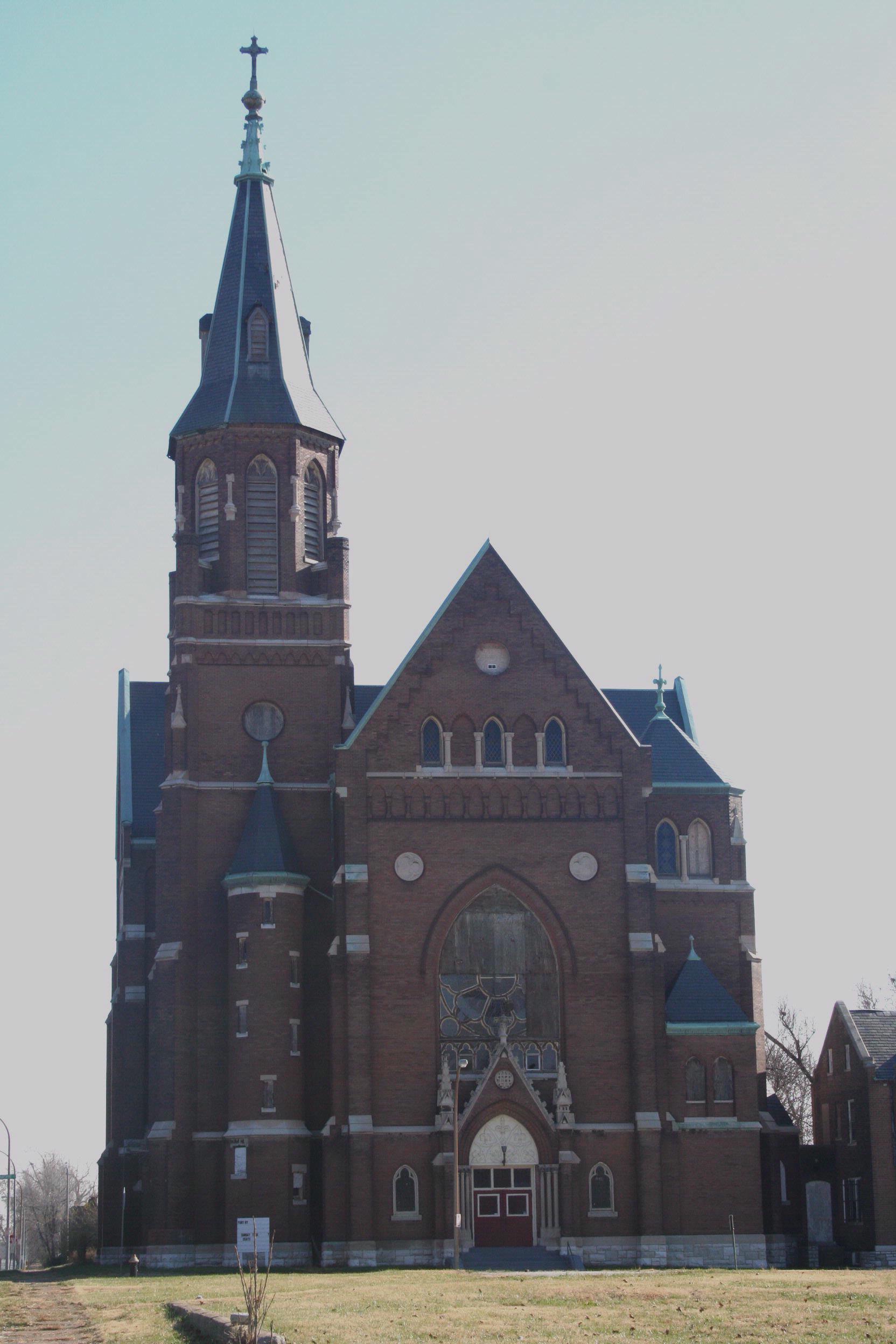 Originally built for St. Augustine's Roman Catholic parish, at 3114 Lismore, it was constructed in 1896.  The building, designed by German-trained St. Louis architect Louis Wessbecher, was executed in the Gothic Revival style with a German hall plan.  The stained glass windows were crafted by the Emil Frei Art Glass Company.  The building itself represented the growth of the German Catholic community in north St. Louis during this period.  St. Augustine's remained a strong parish well into the mid 20th century, when the area saw a dramatic decline.  In 1982, the building was purchased by Christ Baptist Church.  The building received City Landmark designation and also listed on the National Register of Historic Places.