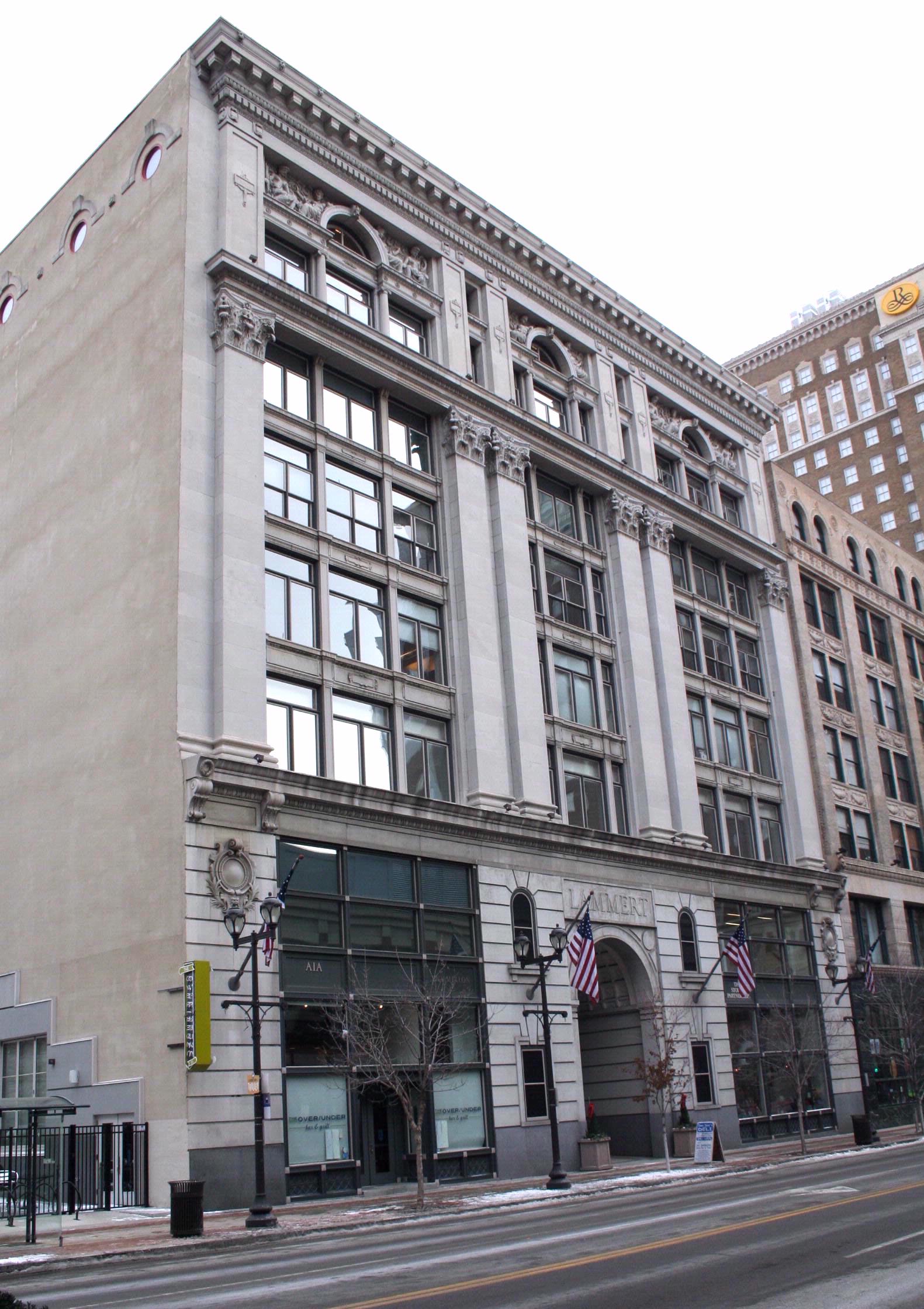 Built in 1898, the Americanized French Renaissance Revival building, at 911-919 Washington Avenue, was designed by the St. Louis architectural firm of William E. Eames and Thomas C. Young.  Constructed bot the Commerce Realty Company, it was leased to the wholesalers Hargadine and McKettrick Drygoods Company until 1923.  The building was then bought by the Lammert Furniture Company who renovated the building and completed some alterations to the facade.  The Lammert Furniture Company was a well-known wholesale and retail furniture vendor founded in St. Louis in 1861.  Due to diminishing downtown sales, the store was closed in 1973, but reopened the next year.  The building was designated a City Landmark in 1979 and was renovated in 1984.