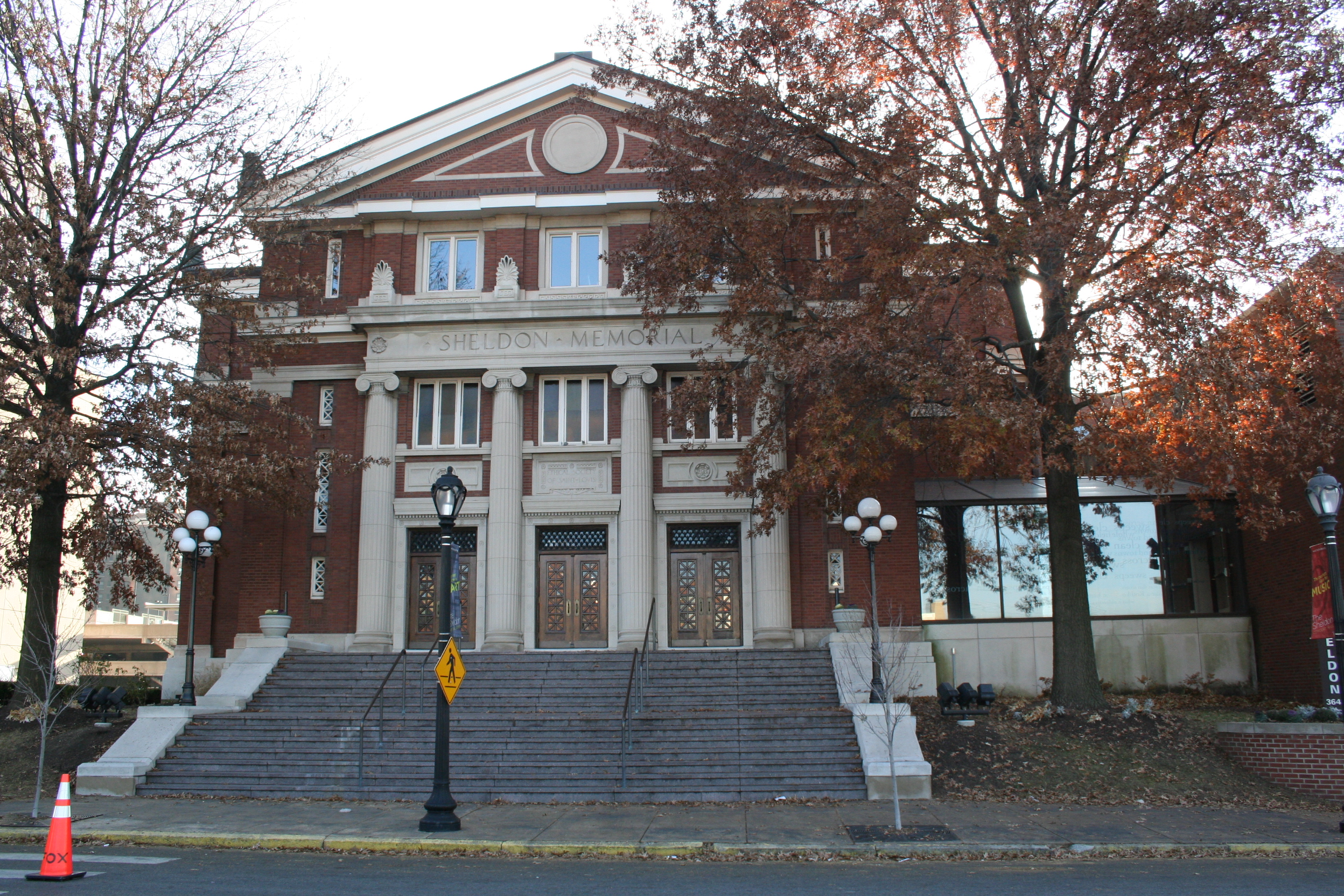 The Ethical Society of St. Louis constructed the Neo-Classical building at 3648 Washington in 1912.  Louis C. Spiering was the architect.  The Ethical Society occupied the building until 1964 when it relocated to a new building on Clayton Road.  Sheldon Memorial Hall is renowned for its acoustics.

The Sheldon became a City Landmark in 1975.