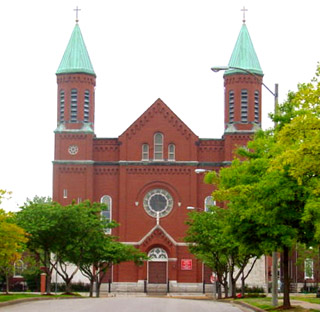 Architect Louis Wesshecker designed the Romanesque Byzantine church in 1891.  The church was organized in 1879 and became the mother church for the three other Polish church's in the city in 1882.  The church use to have a dome located on the nave but has since been removed.