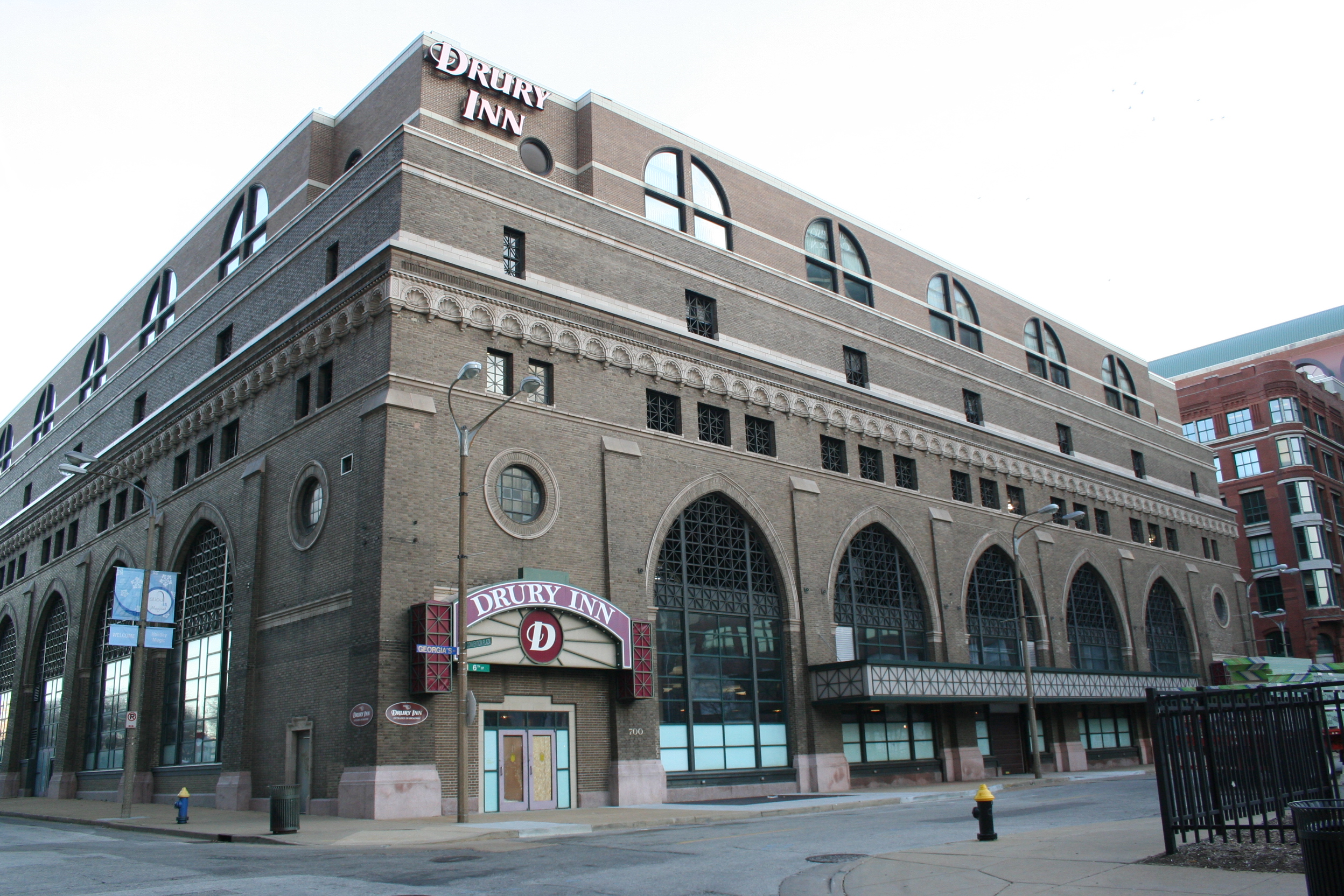 Mauran, Russell and Crowell designed the market in a Eclectic Revival Style in 1924.

One of only four extant market buildings remaining in St. Louis, Union Market was constructed in 1924-25 as the city´s largest, most architecturally significant and functionally progressive market. Occupying a full city block, the building´s strong presence and individuality are established by bold rhythms of large Gothic arches and battered buttressing at the lower stories. Speckled buff brick curtain walls are handsomely accented by horizontal bands of terra cotta ornament. The three-story garage above the market space was one of the City´s early indoor parking facilities.   For over five decades, Union Market has served as one of the City´s two principal markets and has continued a tradition of marketing established on the same site during the Civil War.  Union Market is listed on the National Register of Historic Places.