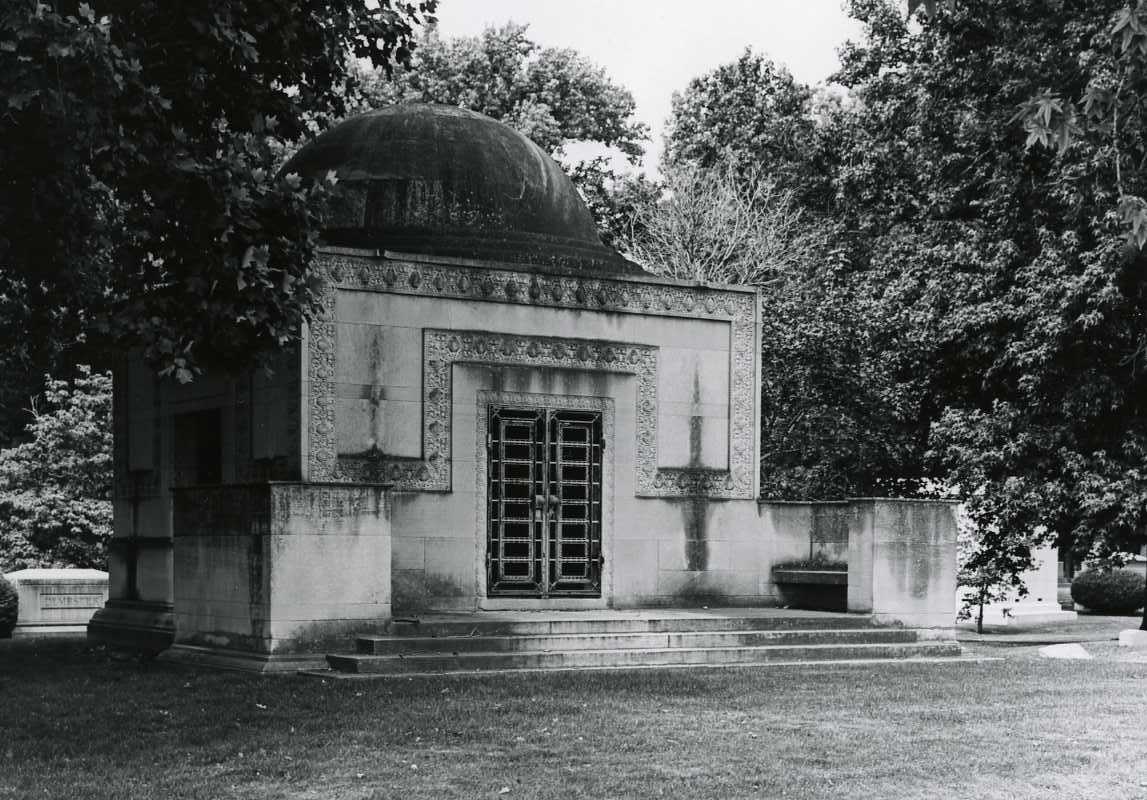 In 1892, soon after Louis Sullivan completed the Wainwright building in downtown St. Louis, he was commissioned to design a tomb for Charlotte Dickson Wainwright, the wife of Ellis Wainwright.  The tomb is located in Bellefontaine Cemetery at 4947 West Florissant Ave.

Sullivan's design is a gray limestone cube, topped by a dome.  There is a continuous band of a carved, tulip-and-leaf sequence that runs along the top, sides, and over the door.  The tomb became a City Landmark in 1971.