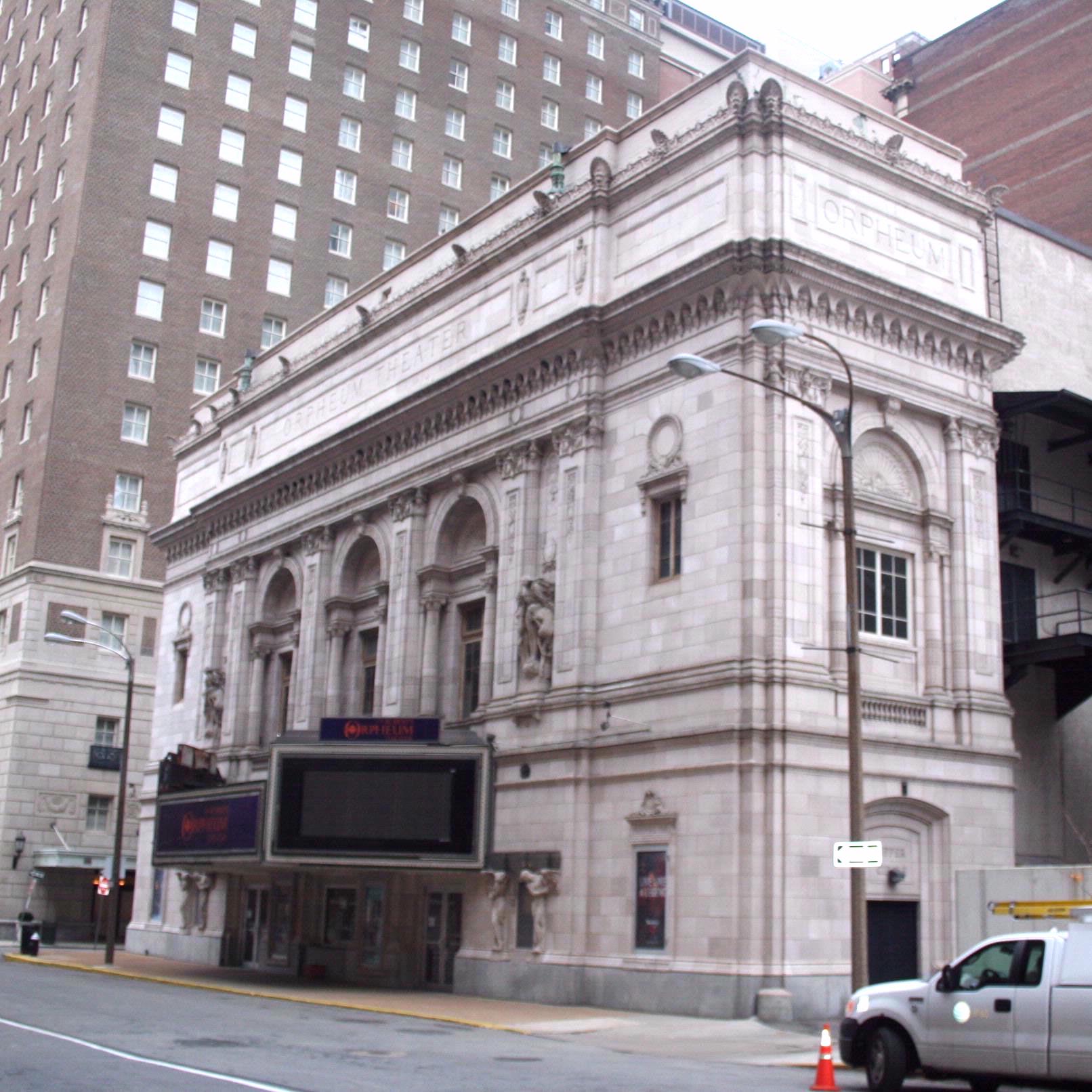 Originally named The Orpheum, this landmark is located at 416 North Ninth Street.  It was designed by Architect G. Albert Lansburgh in 1916 in the Beaux Arts style for its owner, St. Louis millionaire Louis A. Cella. It was later known as the American Theatre, and was nominated to the National Register and designated a City Landmark under that name.